Why Celtic should eye cut-price Omar Colley swoop in January

According to Sky Sports (h/t Glasgow Live), Celtic target Omar Colley could be available for a knockdown price when the market reopens in January. The Sampdoria centre-back had been heavily linked with a move to Parkhead in the summer as a replacement for Kristoffer Ajer, who was rumoured to be close to an exit from the Scottish champions.

Ajer, though, eventually ended up staying put at Celtic and the Hoops didn’t really push hard to secure a deal for Colley, with Sampdoria demanding at least £10million to part ways with their asset.

However, as per the report, Celtic could reignite interest in the Gambian defender in January if he is available for a cut-price fee. The 28-year-old’s contract talks at Sampdoria have stalled, thus fuelling speculation over his future. 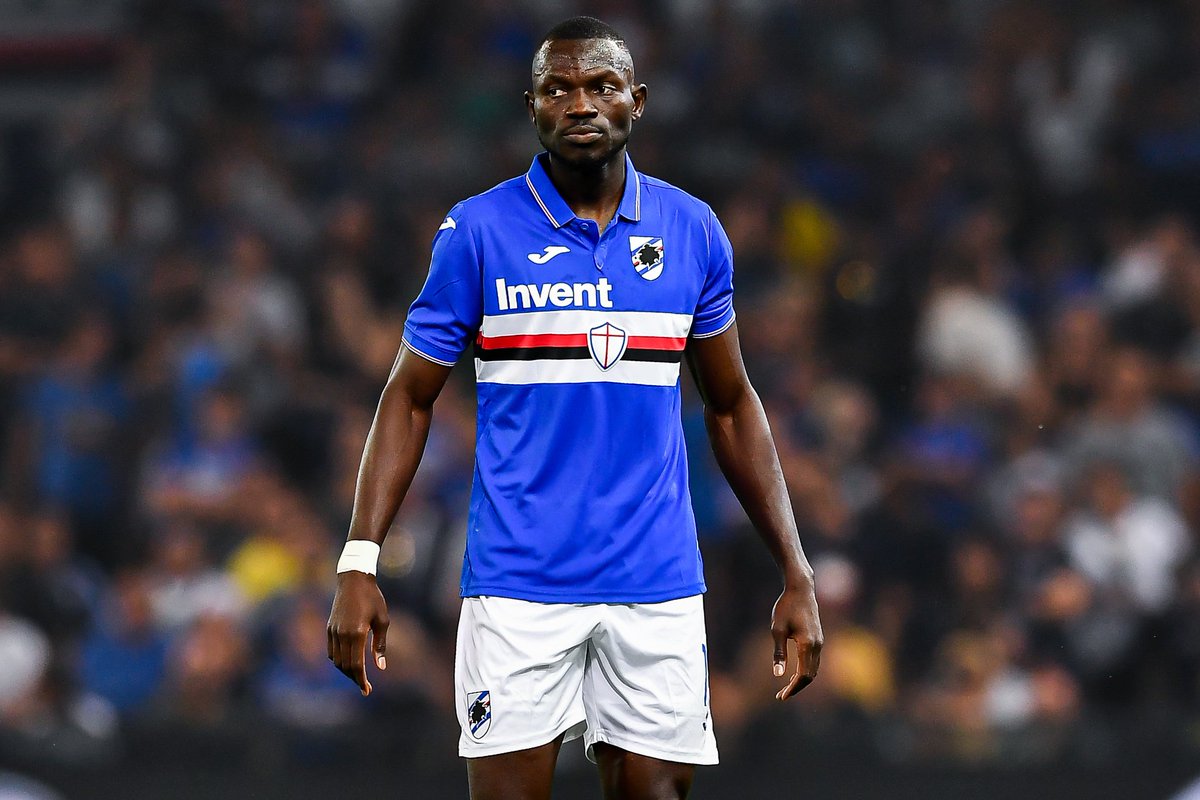 Omar Colley started his professional career with Wallidan and Real de Banjul in his native Gambia before moving to Europe with Finnish side KuPs in 2013. He subsequently featured for Djurgardens IF in Sweden, making 50 appearances for the club in all competitions.

A year later in 2016, the centre-back joined Genk and played a key role as the Belgian giants reached the quarter-finals of the UEFA Europa League.

The 28-year-old made 95 appearances for Genk over two seasons before being snapped up by Sampdoria in the summer of 2018. Colley has since established himself as a competent defender in the Serie A, featuring 59 times for the club in all competitions. He racked up 30 league starts in the previous campaign but has struggled for game time this term, starting only thrice in the Serie A so far.

Colley would add more quality to the Hoops’ backline

Celtic managed to keep hold of Ajer in the summer despite widespread interest from other top clubs in the Norwegian’s services. They also roped in Shane Duffy on a season-long loan deal from Brighton to add more depth to their centre-back ranks.

However, the Hoops have been let down far too often by their inconsistencies at the back this term, with the lacklustre form of the defenders threatening to jeopardise the club’s pursuit of a tenth straight domestic title.

The Hoops have already conceded 13 goals in 13 Scottish Premiership fixtures this season so far. Those numbers represent a massive downgrade for a team that shipped just 19 goals in the league over the entirety of the previous campaign. Celtic have also shipped 13 goals in 4 games in the group stages of the Europa League, suffering back-to-back 4-1 defeats against Sparta Prague.

Putting things into perspective, it doesn’t take a rocket scientist to figure out that Celtic need to fix their defensive issues to get their campaign back on track. And making a renewed attempt to sign Omar Colley in January could well go a long way towards shoring up a porous Celtic backline that has creaked far too often even against modest opposition this season.

Neil Lennon definitely needs to make plans to reshape his backline, with summer loan signing Duffy failing spectacularly. Omar Colley has proven his mettle as a quality centre-back in various leagues across Europe, excelling in the top-flights in Finland, Sweden, Belgium and Italy.

With the experienced Gambian expected to be available for a knockdown price in January, Celtic should definitely fancy their chances of nabbing the centre-back.