Why David Alaba would be a fantastic signing for Manchester City

David Alaba has dropped a bombshell with his contract demands at Bayern Munich and the Sun claim that his standoff with the club has put Manchester City and Manchester United on alert.

The 28-year-old Austrian defender started his youth career at SV Aspern in 2001 and moved to FK Austria Vienna in 2002. After 6 years in the youth setup, he joined Bayern Munich and was drafted into the youth side.

He rose through the ranks and was promoted to the first-team in 2010 but was loaned to TSG Hoffenheim in the same season. On his return, he was put into first-team action and he has not looked back since.

Alaba has had a hugely successful time at Munich with 2 trebles to boast of along with countless league titles and domestic cups. So far, he has made 388 appearances for the Bavarian giants while scoring 31 and assisting 49 (source – Transfermarkt).

He is also an experienced and vital member of the Austrian national team with 72 games and 14 goals to date.

Why he would be a fantastic signing for Man City

Manchester City have assembled one of the best squads in Europe in recent seasons. They have spent big money on the players and it has brought them quite some success. However, there does seem to a chink in their blue armour. 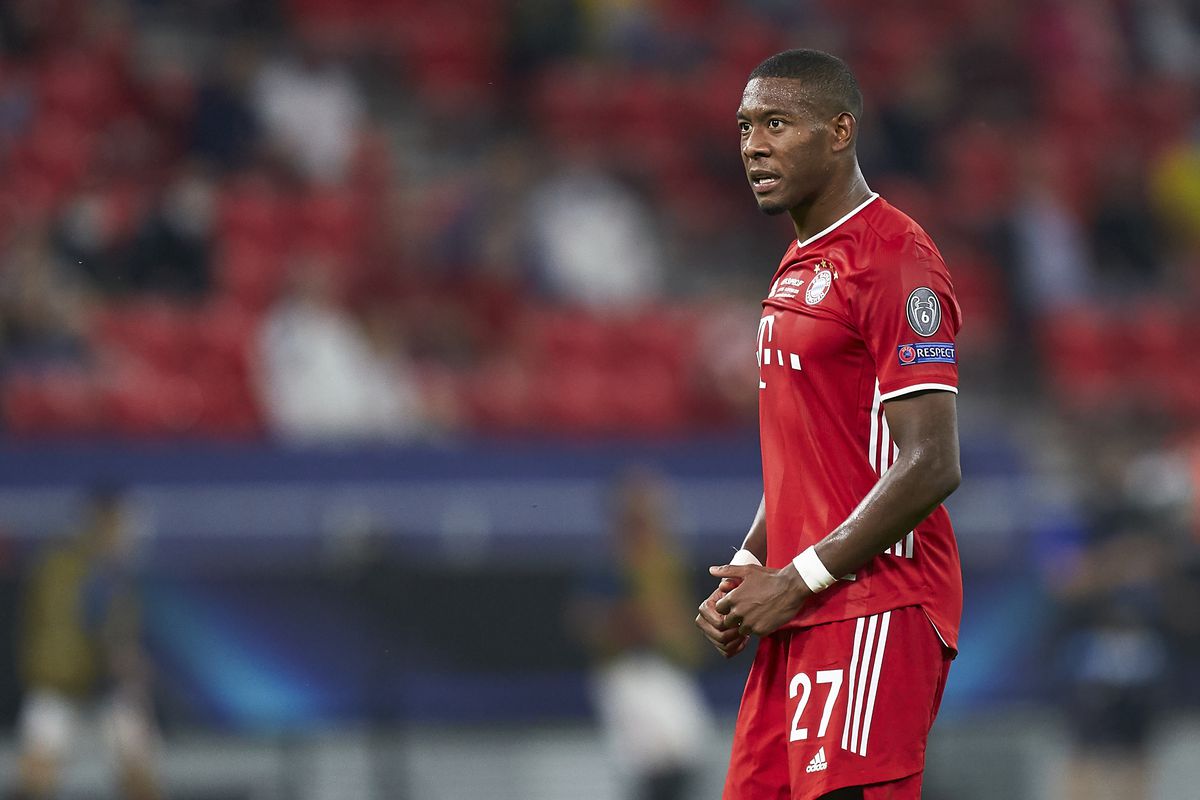 One look at their defence, especially on the left, would tell you that City have been exploited by teams. Benjamin Mendy spent a lot of time on the treatment table in the last few seasons. While he was fit and running, his style of play exposed major problems with City’s ultra-attacking nature.

As an attacking full-back, he spends most of the time above the halfway line in the opposition area. That is not an issue when City have possession but when a team nick the ball off them and counter, it leaves City’s high defensive line in a dangerous position and more often than not, they end up conceding in that manner.

The classic example for this is Manchester City’s recent 5-2 humiliation at the hands of Leicester City. The Foxes just ran through Guardiola’s defence and the Cityzens looked clueless.

David Alaba, who is primarily a left-back, had to play at centre-back last season to accommodate Alphonso Davies. The versatile defender adjusted to the new role brilliantly and it proved to be a masterstroke from Hansi Flick.

Pep Guardiola has worked with Alaba before when he managed Bayern from 2013 to 2016. He would have no qualms settling into the side given his ability to adapt to any position. He has had minimal injury problems, which would no doubt be music to Guardiola’s ears. Overall, he looks like a much better defender when compared to Mendy and Oleksandr Zinchenko.

He can provide the goods at both ends of the pitch and not compromise on one. City should keep tabs on the situation and looks to snap him up if the chance arises.