Why Celtic should make a move for Abdul Mumin Suleman

According to Daily Mail, Celtic are interested in signing FC Nordsjaelland centre-back Abdul Mumin Suleman in the summer.

The 21-year-old came through the ranks of Right to Dream academy in Ghana and joined Nordsjaelland’s U19 side in the summer of 2016. A year later, he was promoted to the club’s senior set-up but failed to make the cut regularly. He was immediately sent of loan to HB Koge, where he developed with game time and returned to his parent club in the summer of 2018.

He has been impressive in the Superligaen throughout the campaigns and has attracted a lot of interest from several clubs in Europe. Brighton and Hove Albion, Getafe, Espanyol and Gent are some of the clubs interested in him, as per the report and he could be allowed to leave once his contract comes to an end this summer.

Celtic, meanwhile, have been at their best throughout the campaign. After winning the Bretford Cup in December, they are on course to lift the Scottish Premiership title. Neil Lennon’s men have been dominant as they have been in the past and are aiming for more success in the other cup competitions.

They are flying high on the back of the success of star striker Odsonne Edouard, who has plundered 21 goals in the league. The attacking unit has scored a whopping 89 goals so far. At the same time, the defence has also played a significant role in their success, conceding just 19 goals as they boast of the best defensive record.

Suleman – A future leader in defence for Celtic

Christopher Jullien, Kristoff Ajer, Jozo Simunovic and Hatem Abd Elhamed are the four centre-backs available at the manager’s disposal. However, only Ajer and Jullien have been regular starters. And the duo has formed a strong partnership, helping the team in its success.

While Simunovic has struggled with injuries in the last three seasons, Elhamed has not convinced the manager with his performances. He has been used rarely in the side and is already 29. Thus, bringing in a central defender for the future would be a good decision by the club.

In that regard, signing Suleman from Nordsjaelland would help them secure the future of their defence. The Ghanaian has enjoyed a brilliant campaign so far, featuring in 21 games for the Danish outfit. He has also helped them keep 5 clean sheets and has received rave reviews for his performances. 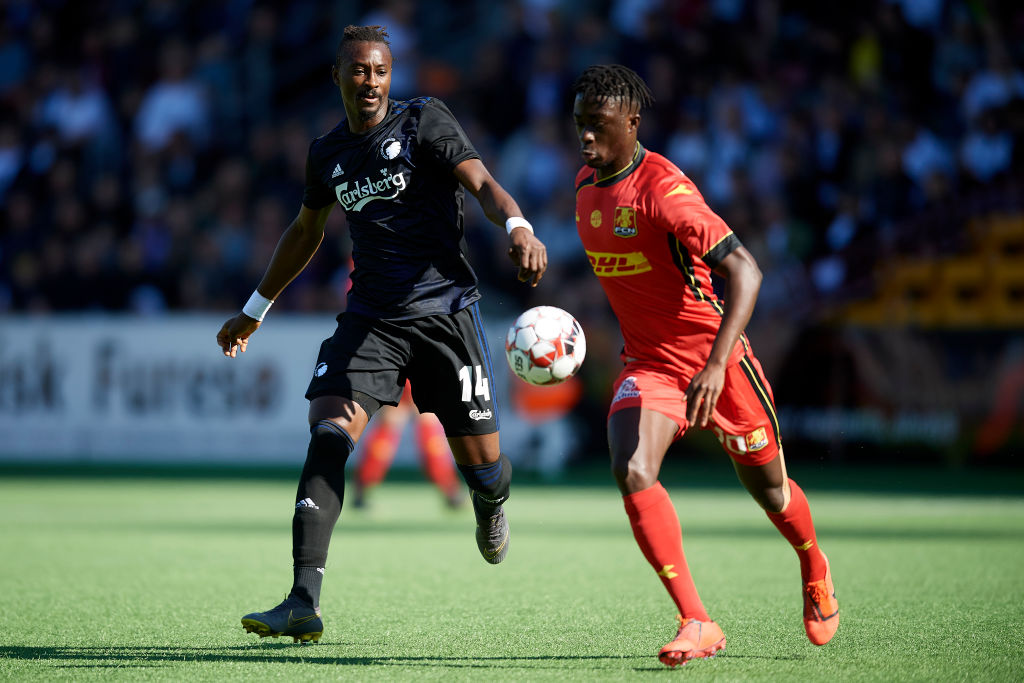 Celtic might lose Ajer in the summer as he is being linked with a move away from Celtic Park. And thus, they should make a move for Suleman, who has a lot of room for development.

He is just 21 and has a long way to go in his career. At the same time, the Hoops’ defensive numbers could be reduced in the summer if Ajer leaves. And Suleman could provide them with the much-needed depth. Thus, Celtic should beat the competition for the Ghanaian and lure him to Celtic Park.