Jose Mourinho’s arrival at Tottenham Hotspur has brought about some positive changes but an injury to striker Harry Kane has cast a gloomy cloud.

Kane recently suffered a tear to his left hamstring to hand Mourinho and Tottenham a headache in the second half of the season. The England international is becoming all too familiar with the physio room after picking up a series of injuries for club and country in recent years.

Here are 3 strikers Spurs should sign to fill the void left by Kane.

Kane’s injury and unspecified return date have left Spurs rather short in the centre-forward position. Lucas Moura and Son Heung-min are capable of filling the void in the England captain’s absence but are not regular out-and-out strikers.

That means Mourinho should turn to AC Milan’s Krystof Piatek as a potential option. Tottenham have been linked with a move for the attacker (h/t Football.london). The Polish striker joined San Siro from Genoa 12 months ago and immediately hit goalscoring form for the Rossoneri.

Piatek is a more traditional No.9, racking up 22 league goals in 37 games across spells with Genoa and Milan last season. However, he has only netted four times in the Serie A this season.

Ings has rediscovered top form at Southampton and has scored goals for fun of late. The 27-year-old is a proven Premier League goalscorer and he has been in terrific form this season, scoring 16 goals in just 25 games across all competitions, playing as a lone striker. [Courtesy: Whoscored]

The 27-year-old joined the Saints on a permanent basis from Liverpool and is contracted to stay with the South Coast club until 2022.

Tottenham have also been linked with Chelsea striker Olivier Giroud (h/t Daily Express). The Frenchman has been frozen out of the Chelsea set-up this season and hasn’t started a Premier League game for the Blues since their defeat to West Ham back in November.

However, he ended up scoring 11 goals and assisting five in the 14 appearances he made for the club in the Europa League. 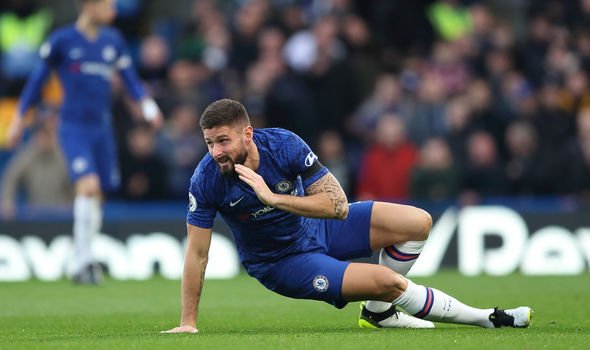 Giroud has struggled for game-time this season (Image credit: Getty)

In Son Heung-Min, Erik Lamela and Lucas Moura, Spurs have the pace and creativity. What they lack is someone who can bring those players in. And there are few better in the league who can free up teammates with ease than Olivier Giroud.

The World Cup winner is capable of being exactly what the North Londoners need to fill the big void left by Kane.