Why Arsenal should sign Nicolas Tagliafico in the summer

According to a report in ESPN, Arsenal are one of the top clubs who are interested in signing Ajax’s Argentine left-back Nicolas Tagliafico. Spanish duo of Real Madrid and Atletico Madrid are the others keeping close tabs on the player.

Back in November 2018, the Gunners were taking a close look at the 26-year-old, hence, they have been interested in him for some time. (h/t Sky Sports) With Barcelona interested in Nacho Monreal, and the north Londoners do not have much confidence in Sead Kolasinac in a back four, it makes sense that they keep track of Tagliafico. (h/t Mirror)

Here are the other reasons why Unai Emery and his men should do everything to sign the Argentina international:

Tagliafico could solve their left-back issues once and for all

Nacho Monreal was a great servant for Arsenal at left-back, but at the age of 33, he is not the one who can be relied upon to make runs up and down the pitch on a weekly basis. Kolasinac is great going forward but vulnerable when asked to defend, especially in a back four. Hence, the Gunners must help Emery in signing a new left-back in the summer.

That being said, Nicolas Tagliafico would be an ideal addition to this team. The Argentine is one of the emerging left-backs who has gone from strength to strength in the last 18 months, earning rave reviews in Europe. At the age of 26, he is at his peak in footballing terms and the next five years could see him performing at the highest level. 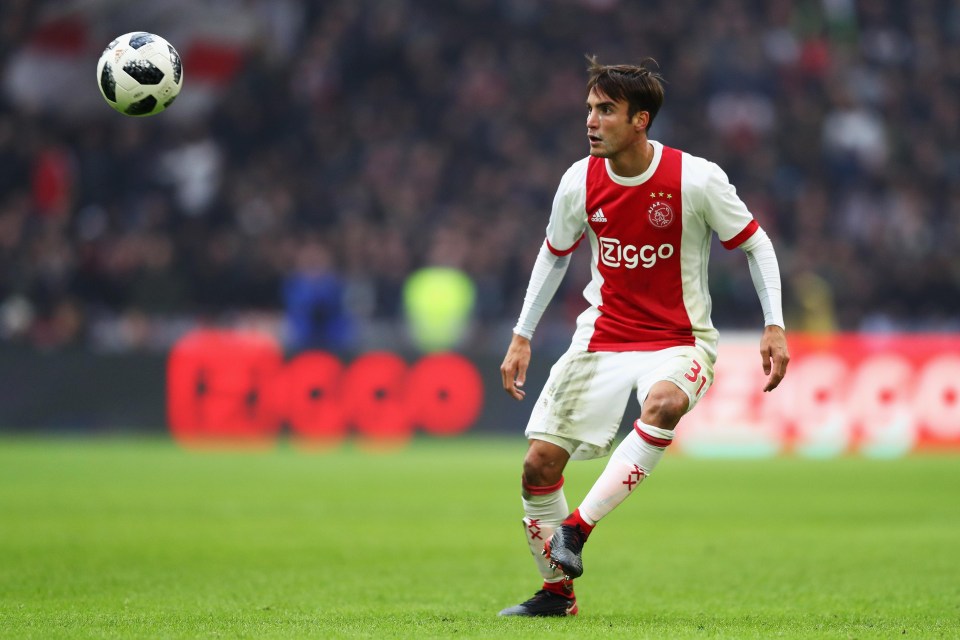 Attribute-wise, he has most things in his locker. The Ajax man can make runs towards the opposition half but has the pace to recover those runs and defend well in one-on-one situations in wide areas. With key pass and crossing rate of 1.6 and 1.4 per game respectively, the Argentine epitomises a perfect modern-day left-back, who delivers sumptuous balls in the box for the strikers to attack.

Furthermore, the tackle and interception rate of 2.2 per game each shows he is not shoddy when it comes putting a foot in and reading the attacking patterns of the opposition. (Whoscored.com, in the league this season)

Read More: Arsenal would take a massive step towards solving their wide attacking concerns by signing this £2.5m Brentford ace in the summer – Agreed?

All that being said, Arsenal must make sure Tagliafico spends his peak footballing years plying his trade for them at left-back. They must act quickly once the transfer window opens because there are other potential suitors waiting to make the swoop.