Why Joachim Andersen can help Manchester United solidify their back-line

The Manchester Evening News have reported that Sampdoria star Joachim Andersen is open to a move away from Serie A in the near future. The Danish centre-back has been subject of interest from Tottenham, Manchester United and even Inter Milan for quite some-time as the sides look towards adding to their rosters.

However, no move materialised in the winter window despite the reports that the player was open to a move away. Things may change in the summer and with United expectedly chasing good players, whether or not he would be at Old Trafford ahead of next season.

His quality and mentality shouldn’t be an issue, given the Sampdoria centre-back’s rise to prominence over the last eighteen months or so. Despite taking some time to adjust to a new league, Andersen only made ten appearances with a large majority coming towards the end of last season. Things have changed this season and the 22-year-old centre-back is one of only five players to play 23 or more games.

This bodes well for Manchester United, as it showcases the mental strength that the player has in his locker. While any move to the Premier League will come with a time frame for adjustment, Joachim Andersen could essentially cut that in half. That combined with his composure, defensive acumen and passing abilities of the highest order makes him a perfect fit for the Red Devils’ model of play.

The club is looking for someone to man their back-line for at least the coming decade, possibly alongside Victor Lindelof or even someone else,  Andersen could do exactly that at Old Trafford. He has all the potential to partner Lindelof or any defender and be a consistent man-mountain at the back. His age allows him to regularly learn, get better and write history at the theatre of dreams.

In terms of the prospect, the Danish international alongside Lindelof looks like a perfect centre-back partnership for United. That added to the fact that they have the best goalkeeper behind them saving almost everything. 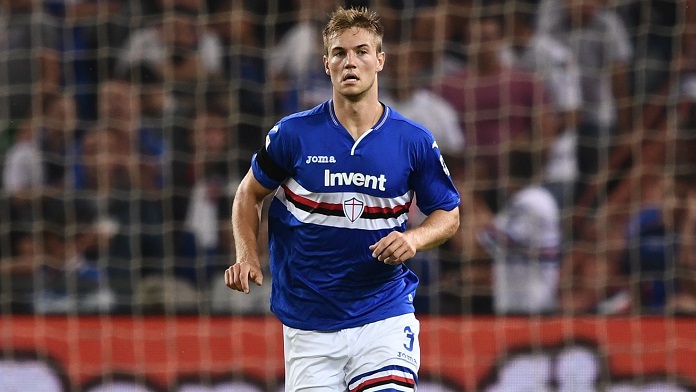 Read More: Enough is enough: It’s time for Man United’s struggling superstar to step up and prove himself again

Hence, the Red Devils should loosen the purse strings for Joachim Andersen, as any move would be upwards of £20million. But given the young centre-back’s precocious talent, it should be money well spent. From the player’s viewpoint, no more will be better than at one of the biggest clubs in world football. He can enhance his quality umpteen-folds here.