The fear is growing at Tottenham regarding the prospect of them losing Danish superstar Christian Eriksen during the summer transfer window. Arguably their best player by some margin, Eriksen has been subject to interest from Real Madrid, Barcelona and even Premier League rivals – namely Manchester United in the last few months alone.

The Mirror has reported that amid these fears of losing the Danish midfielder, Tottenham have turned their attention towards Leicester City star James Maddison. A 22-year-old attacking midfielder, Maddison has been among the Foxes’ best players this season by a long distance. It is a fabulous rise of a player who was playing in the Championship the seasons before.

In his first six months, the English midfielder has produced nine goals in 25 appearances, making him Leicester City’s most productive player. This combined with the fact that he’s a home-grown star does add more value to Tottenham, given that the North London side are short on home-grown players this season.

James Maddison is not the only midfielder who is linked with Spurs. Bournemouth star David Brooks and even Napoli’s Pitor Zelinski are the others being watched by the club. 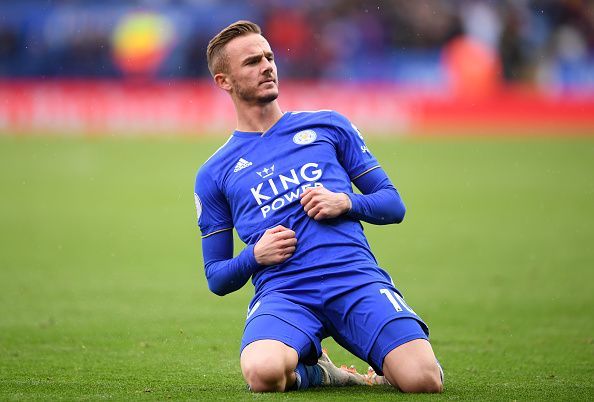 The question, however, is as to whether or not Maddison can help ease the burden of replacing Christian Eriksen next summer. Truth be told, the answer is no. Football is an unpredictable game, with stars appearing from absolutely no-where and flourishing in leagues they should never even be in. What can be said is that just like Eriksen, Maddison does overflow with footballing intelligence, creativity and an ability to dictate play.

While the 22-year-old Leicester City midfielder is yet to be tested at a much higher level so far, he has shown that with time and faith, he possesses the skills to adapt successfully to a higher octane style of football. Mauricio Pochettino and Tottenham’s style of play could be a road-block for the Englishman with Leicester City manager Claude Puel’s tactics varying dramatically as compared to the North London manager.

Read More: Tottenham can easily deal with potential £25m departure by signing this £4.5m Serie A star in the summer

Unlike David Brooks, the move for James Maddison could be a rather tough one, but if he does adapt successfully to Pochettino’s high-pressing style, then in all likelihood the 22-year-old midfielder would do well at North London.