According to a report from Sky Sports, Burnley were keen on signing Derby County right-back Jayden Bogle but the move didn’t go through. With first-choice right-back Matthew Lowton out injured and back-up Phil Bardsley past his prime, Sean Dyche was interested in the 18-year-old to fill the void but couldn’t get the deal over the line in January.

Jayden Bogle started his career at Swindon Town but joined Derby County’s youth setup back in 2016. The youngster was a regular with Derby’s under 18’s and also sporadically featured for the under 23’s. The 18-year-old was promoted to the first team at the end of the 2017/18 campaign and he featured regularly in the pre-season under Chelsea legend and current Derby boss, Frank Lampard.

The teenager made his first-team debut in August last year and has since been a regular in the starting XI. Jayden Bogle has started 29 games for Derby this season in all competitions and has impressed massively. Playing at right full-back, the 18-year-old averages 48 passes every game with a decent success rate of 81.7%. The youngster has earned a lot of praises this season including his manager, Frank Lampard as well. Clearly, Bogle has been one of the youngsters to benefit most from Lampard’s appointment at Derby. The teenager has dished out consistent performances in the Rams’ backline, impressing with his pace, energy and overlapping runs down the right.

It would have come as a huge surprise if the Rams ended up selling Bogle to Burnley last month. With Derby right in the midst of the congested promotion race in the second tier, it made no sense for Lampard to lose one of his brightest prospects at this stage of the season.

On the other hand, Bogle has just six months of first-team experience in his career and a move to the Premier League would have been a massive risk. Youngsters with very little experience tend to struggle while coping with the demands of the Premier League after making the switch from Championship, thereby ruining their promising careers. 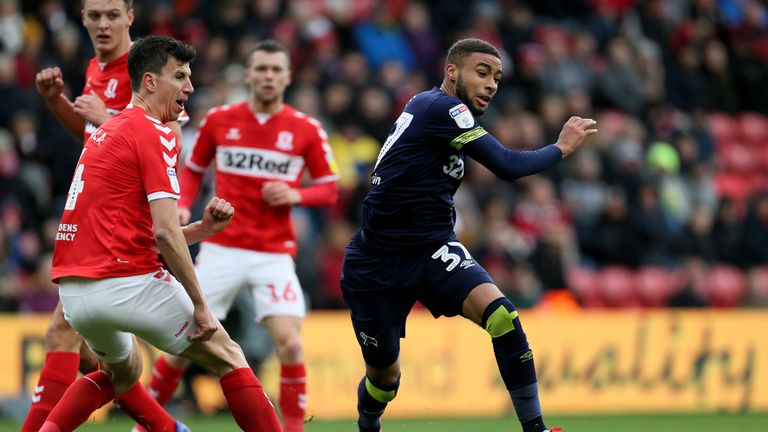 Read more: Derby County have seriously boosted their chances of a promotion spot by signing this English veteran to solve defensive issues – Agreed?

The Reading-born starlet needs to develop his game in the Championship before moving to the Premier League and under Frank Lampard, he can certainly do that.