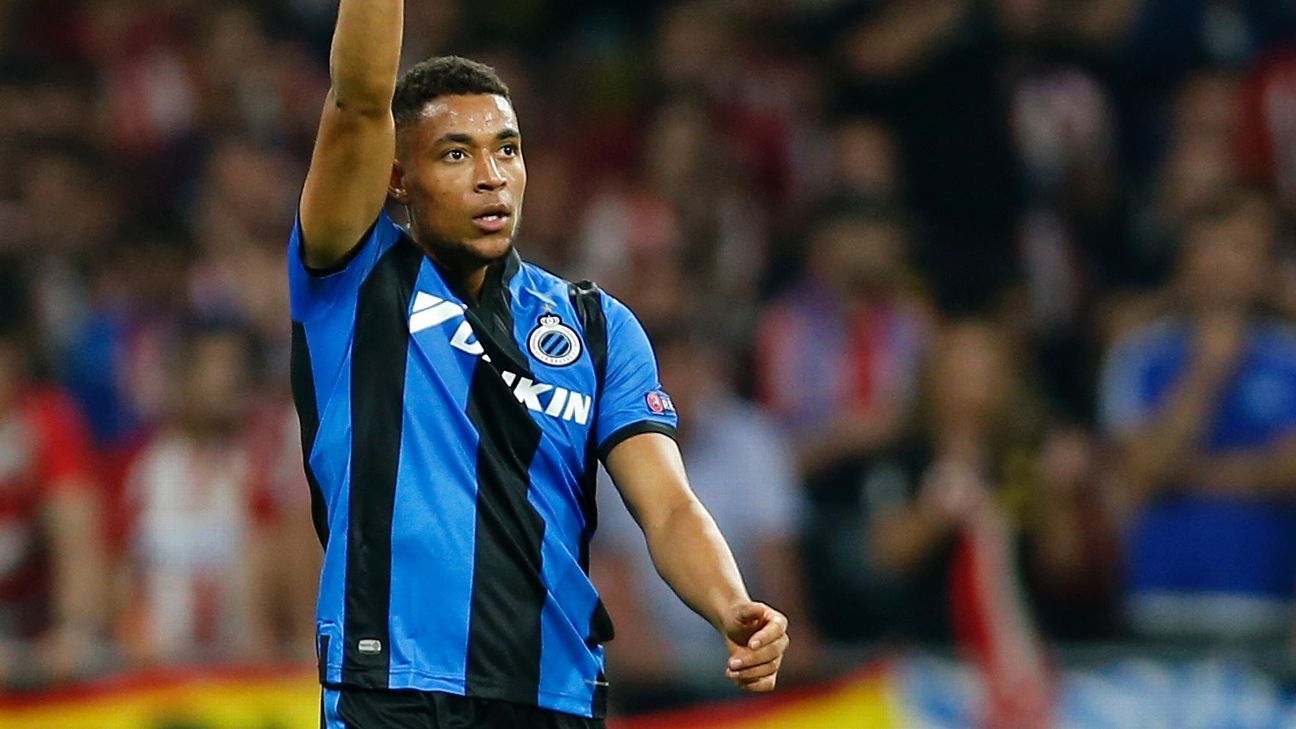 According to the Daily Mail, Tottenham Hotspur,  Liverpool and Everton have joined AC Milan in the race to sign Club Bruges winger Arnaut Danjuma Groeneveld.

AC Milan have had a £9million bid rejected by the Belgian club and the Premier League giants will need to stump up the cash to get their hands on the talented youngster.

Born to a Dutch father and a Nigerian mother in Nigeria, Groeneveld joined the PSV Eindhoven academy at the age of 8 and made his professional debut in 2015 as a Jong PSV player in the second division. He signed for NEC Nijmegen in the summer of 2016 and after a mediocre spell in the Dutch second tier, Groeneveld made his move to Belgium with Club Bruges in 2018.

Groeneveld has made an immediate impact in the Belgian top flight and has also impressed in the Champions League, scoring in his club’s 3-1 defeat to Atletico Madrid in the group stages. He was called up to the Dutch senior team in October by head coach Ronald Koeman and the 21-year-old netted on his full international debut against Belgium.

Despite being out of action since October with an ankle injury, the youngster has attracted widespread interest from some of the top clubs in Europe.

Essentially a right-footed left-winger by trade, Groeneveld is known for his pace, power, skills and drive. Operating as an inverted winger down the left, the 21-year-old is adept at combining his fine technique with his sharpness, agility and trickery to beat his marker and cut inside, where he either has a crack on goal or tees up his teammates with clever passes.

Known for his high levels of stamina and industry, Groeneveld can be a constant menace to the opposition with his tenacity, pace and tireless running. He can dribble at pace, change directions quickly and leave the defenders for dead with intricate touches, making him a genuine threat down the wide areas. To add to that, he also has a good eye for goal and can beat the keeper with a wide variety of close-range finishes.

To put things into perspective, Groeneveld is a player with massive potential and he definitely fits the bill at any top European club. However, Spurs can bag a massive coup if they can somehow beat their Premier League rivals to snap up the Dutch prodigy.

Well, Groeneveld has made his mark in the Champions League and has also announced his arrival on the international stage with the Netherlands. But he is still in the developmental stage of his career and he will need to become the finished product to earn a first-team place at a club like Tottenham.

Given that he has all the makings of developing into a future star, a move to Tottenham would help him channelise his development in the right direction.

Mauricio Pochettino has a reputation of turning unknown talents into world-beaters and the Argentinian has already worked his magic on Juan Foyth, Kyle Walker-Peters, Harry Winks and Oliver Skipp this season, with the youngsters playing a substantial role in the first-team.

Read More:- Tottenham must leave no stone unturned in renewing this £70,000-a-week superstar’s contract and here is why

And Arnaut Danjuma Groeneveld has all the attributes to emerge as the next big name in the Premier League. That said, Spurs should not hesitate splash the cash on him with a couple of weeks still to go in the transfer window.