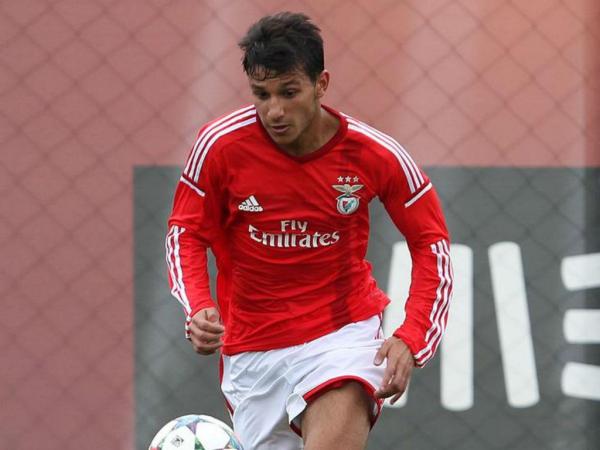 Joao Carvalho would be the perfect January business for Wolves

According to an earlier report from Birmingham Mail, Wolverhampton Wanderers were interested in securing the services of Benfica youngster Joao Carvalho in a €15million deal. However, a move to the Molineux failed to materialize and Carvalho joined Nottingham Forest in a £13.2million deal this summer to become a club record signing for Aitor Karanka’s side.

A product of Benfica’s youth academy, Carvalho was promoted to the reserve team in 2015 but found his first-team opportunities very limited. He did get the odd chance in the first-team to prove himself but that was not enough for a youngster of his calibre.

Carvalho made his first-team debut in 2017 after spending time on loan at Vitoria Setubal. A move to Nottingham Forest was always going to be a step in the right direction as far as his development was concerned and the 21-year-old has hit the ground running in the Championship this season.

Carvalho, who has 60 caps for Portugal from the U15 to the U21 level, has accumulated 3 goals and 6 assists for Forest in the second tier. And Wolves can certainly add another promising Portuguese talent to their ranks by making a move for the Championship star in January. Standing at 5ft. 8 inches with a well-built frame, Carvalho is essentially a central attacking midfielder by trade but he has also been used on either side of the attack. A technically-gifted No. 10, Carvalho boasts of an intricate first-touch which allows him to make space for himself in the final third.

He is not lightning quick but he has the necessary sharpness and agility to excel in a playmaking role behind the striker. Carvalho is a player who enjoys a free roaming role in the final third which allows him to work the channels and exploit the half spaces between the centre-backs and the full-backs.

The 21-year-old not only has an incredible vision for a playmaker but has also shown a lot of improvement in the tactical aspect of his game. He never holds his position after finding the right pass but he changes position constantly to receive the next pass as well, thus contributing to the link-up play in the final third.

In other words, his movement off the ball can cause a lot of problems for the defenders. Furthermore, he is a good finisher and is adept at putting away the chances that come his way.

To put things into perspective, he would be an ideal buy for Wolves in January. The newly-promoted team has surpassed all expectations this season and are in the race for a Europa League spot.

Read More:- Wolves should use Portuguese links and bring this veteran defensive wall to the Molineux

Nuno Santo already has some top quality Portuguese talent in the form of Joao Moutinho, Ruben Neves, Helder Costa, Ivan Cavaleiro, Diogo Jota and Ruben Vinagre. And someone like Joao Carvalho can bring that creative spark to Wolves’ attack. He can really create a lot more chances by working in tandems with the likes of Raul Jimenez and Costa up front.

That said,  Wolves need to bolster their attack in January and a playmaker like Joao Carvalho can be the ideal option for Nuno Santo.