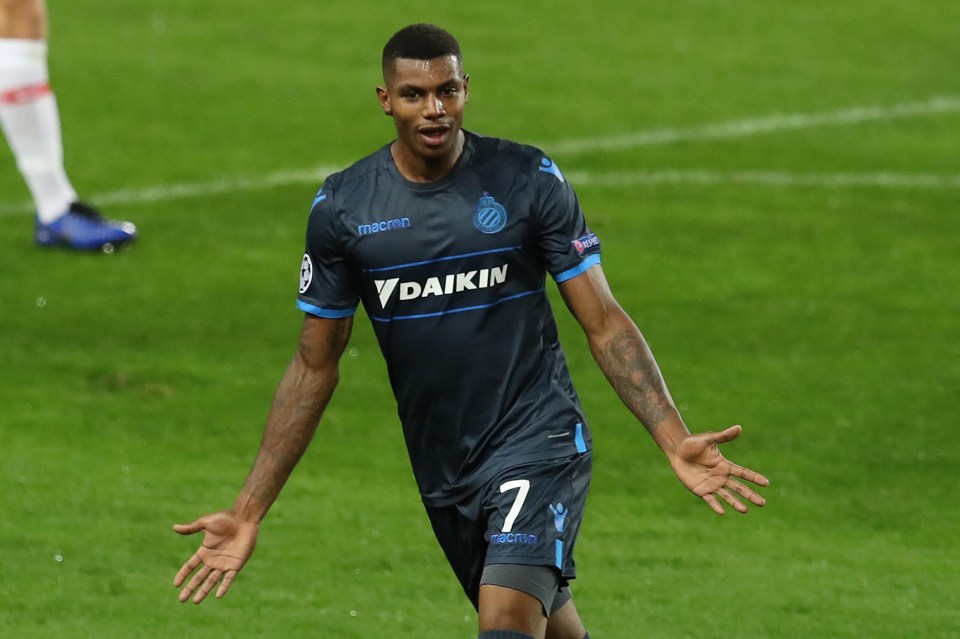 Wesley Moraes would be a great addition to Arsenal’s squad

According to the Daily Mail, Arsenal manager Unai Emery is keen on signing £15 million-rated Club Bruges striker Wesley Moraes in January to provide cover and competition for Pierre-Emerick Aubameyang and Alexandre Lacazette.

The same report claims that the Gunners will face stiff competition from the likes of Valencia and Fiorentina for the signature of the Brazilian.

The 22-year-old is under contract with the Jupiler League outfit till 2023 but Bruges are likely to cash in on their talismanic striker as they would gain a huge profit by flogging him to one of the top European leagues, having bought him for a measly £900,000 from Slovakian club AS Trencin back in 2016.

Moraes has been in fine form this season for Club Bruges, scoring 7 goals and providing 5 assists from 16 appearances in the Jupiler League, which is already more than the tally that he had amassed for the Belgian outfit last season. He has hit the ground running in the UEFA Champions League as well, scoring in both the fixtures against Monaco and helping his team claim the Europa League spot.

Standing at 6ft. 3 inches with a burly frame, Wesley Moraes has just the perfect height for a centre-forward and is capable of outmuscling his defensive counterparts with his physicality. His main attributes are his strength, aerial prowess and ability to make runs behind the defenders.

Moraes doesn’t have lightning pace but he is quite fast and agile for a centre-forward of his stature. Blessed with a sound technique, the 22-year-old combines his strength with his technique to hold on to the ball and keep good close control in tight areas.

A player with a good sense of awareness, the Brazilian has the ability to lose his marker inside the box, creating the opening for his teammates to pick out the right pass. He has a good eye for goal and tends to find the find the net even from tight angles. However, his greatest asset is his aerial ability, which makes him a genuine threat from set-pieces and corners.

Hence, the Brazilian ticks all the boxes to be an ideal back-up for Aubameyang and Lacazette. Arsenal have rediscovered their mojo in the Premier League this season under new manager Unai Emery, enjoying an unbeaten run of 20 games across all competitions after back-to-back defeats at the hands of Manchester City and Chelsea early in the season.

Much of Arsenal’s success this season has been down to the exploits of their in-form strikers. While Aubameyang tops the scorer’s list in the Premier League with 10 goals, Lacazette has contributed with 6 goals and 2 assists. Both the strikers have complemented one another very well and have developed a formidable partnership in the final third.

However, the ankle injury to Danny Welbeck has dealt a huge blow to Arsenal’s squad depth. As things stand, the Gunners are at risk of facing a potential burn out of options up front if either of their two first-choice strikers is sidelined with an injury, something that can prove detrimental to their chances of challenging for a top-four spot.

That said, Arsenal should aim to have the final say in this transfer saga in January.