Everton had to grind it out against Cardiff City last week to earn a 1-0 victory which helped them move into the top six in the Premier League standings.

Marco Silva’s men have won five won of their last seven games in the Premier League but the Toffees will face a tough test when they make the trip to Anfield to lock horns with rivals Liverpool for the Merseyside derby on Sunday.

Liverpool are yet to be beaten in the Premier League this season and Jurgen Klopp’s men will be looking to get back to winning ways after suffering a 2-1 humbling against PSG in the Champions League on Wednesday night.

Both the teams have been in good form in recent weeks and the fans have every reason to expect a mouth-watering end-to-end clash on Sunday.

Everton will be without the services of James McCarthy who is doubtful to feature in the matchday squad for Sunday. Apart from that, Marco Silva will have the entire squad of players at his disposal for selection.

The manager will be expected to field the same eleven that claimed three points against Cardiff City last week. The Englishman didn’t have too much to do in the last game but has been in splendid form between the sticks this season.

The Irishman had a decent game last time against Cardiff and looked pretty solid at the back.

His aerial ability is a valuable asset to Everton’s backline and he will have his work cut out against Mohamed Salah on Sunday.

The Colombian international has looked quite solid in the heat of the defence alongside Keane and will need to be at the top of his game to keep a potent Liverpool attack at bay on Sunday.

The former Barcelona man has been in good form this season, contributing equally to both attack and defence. 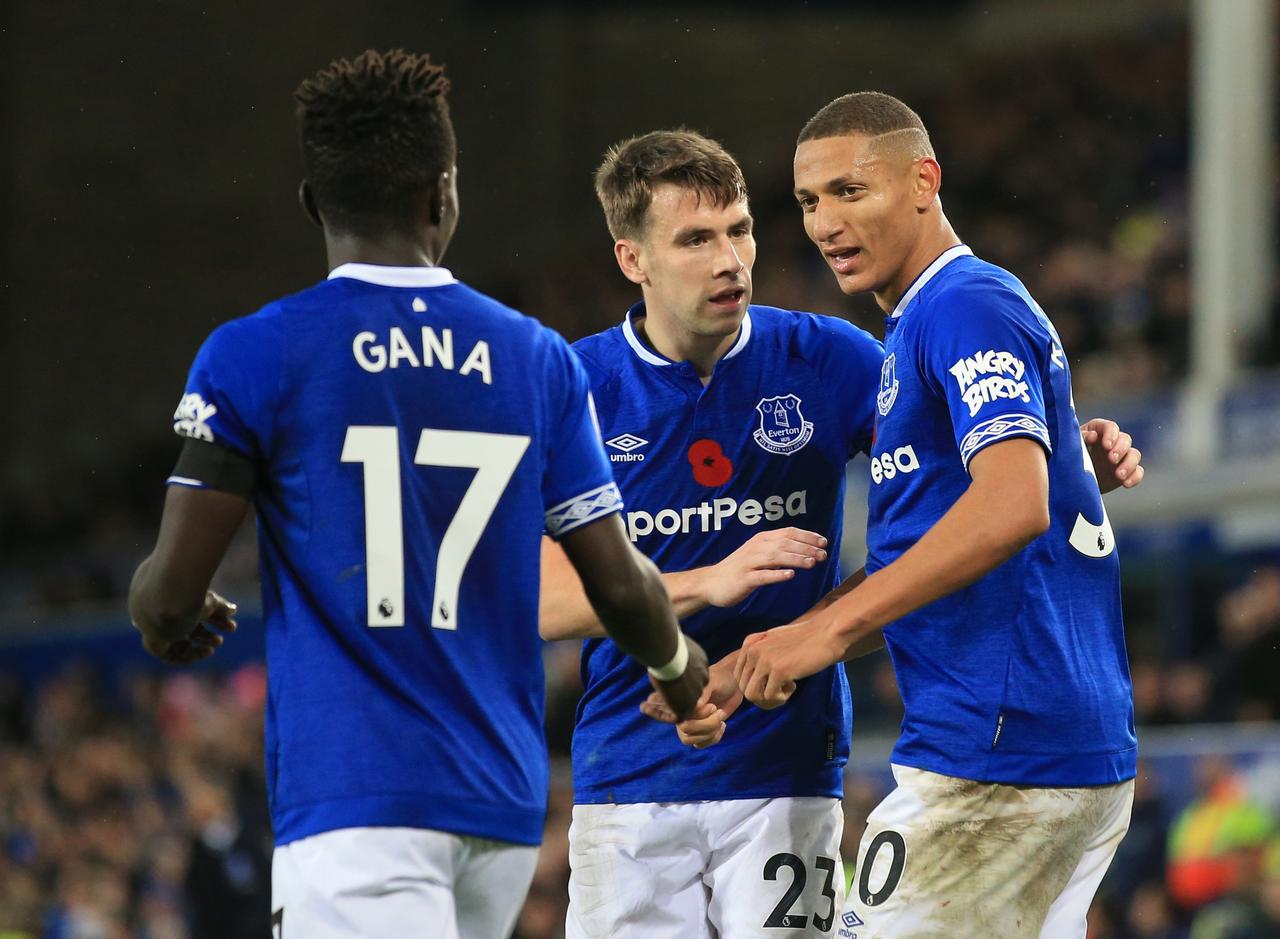 His strength and tenacity are invaluable assets to Everton’s midfield and he has been in tremendous form this season.

The Barcelona loanee has changed the complexion to Everton’s midfield by cutting out the attacks and has been immaculate with his ball distribution.

He has always been a lively presence down the flanks and Everton will be hoping that he can come up with some magic on Sunday.

The Brazilian has added that much-needed impetus to the attack from the left with his pace, guile and crossing and has combined well with Digne.

Read More:- The midfield battle and more: These 3 key battles would decide the fate of the Merseyside derby as Liverpool take on Everton

He has been one of the standout performers of the season for Everton and they will need him to rise to the occasion on Sunday.

He has done a brilliant job as the spearhead of the attack and Everton will need him to fire on all cylinders if they are to upset the odds to beat Liverpool.