Liverpool continued their unbeaten run in the Premier League with a comfortable 3-0 victory over a stubborn Watford unit last week, thanks to goals from Mohamed Salah, Trent Alexander Arnold and Roberto Firmino.

Everton, on the other hand, registered their 6th win of the season with a 1-0 win against Cardiff City, climbing to 6th in the Premier League standings courtesy of Gylfi Sigurdsson’s lone strike in the second half.

However, there is always an air of excitement and unpredictability when it comes down to the Merseyside derby and it is expected to be no different this time when a resurgent Everton make the trip to Anfield to face an unbeaten Liverpool on Sunday.

Everton made a slow start to their Premier League campaign under new manager Marco Silva but they have every reason to be in high spirits ahead of the derby, having won five out of their last seven games in the league.

On the contrary, Jurgen Klopp’s men are the outright favourites to stamp their authority over the Toffees but they would have to be at the top of their game to have the final say on Sunday.

With both the teams playing an aesthetic and attacking brand of football under their respective managers, the fans have every reason to expect a mouth-watering edge-of-the-seat goal fest when Liverpool and Everton lock horns for the Merseyside derby on Sunday.

Here are 3 key personal duels that might decide the fate of the game. 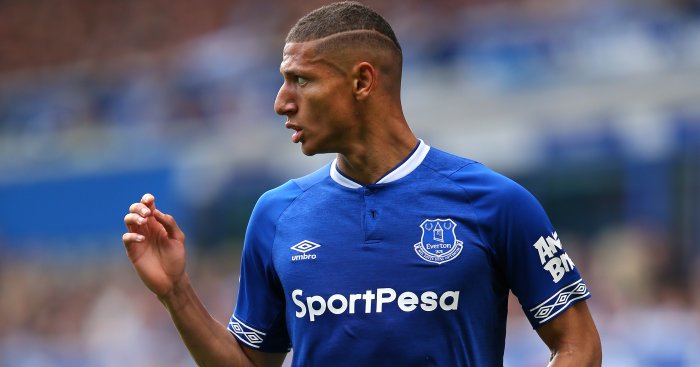 When Marco Silva spent 40 million in the summer to reunite with his former player at Watford, it raised a few eyebrows among the critics that Everton were paying over the odds to sign Richarlison. However, the gamble seems to have paid off with Richarlison scoring as many as 6 goals from 11 outings in the Premier League.

Cenk Tosun’s failure to find the net prompted Silva to field the Brazilian as the spearhead of the attack and the 21-year-old has taken his game to new heights in a centre-forward role.

Everton’s talisman has averaged 2.8 successful aerial duels and 2.3 shots per game in the Premier League, including 3 man of the match displays so far.

Gylfi Sigurdsson has been equally impressive in a No.10 role, linking-up with Richarlison and has also found the net with powerful shots from range. Bernard and Theo Walcott have done a decent job down the flanks, supplying balls into the box for the Brazilian from wide areas.

Liverpool will rely on Virgil van Dijk to keep Richarlison and Gylfi Sigurdsson at bay. The towering Dutchman has been one of the cornerstones of Liverpool’s bright start to the season and he will once again be the player to watch for at the back. 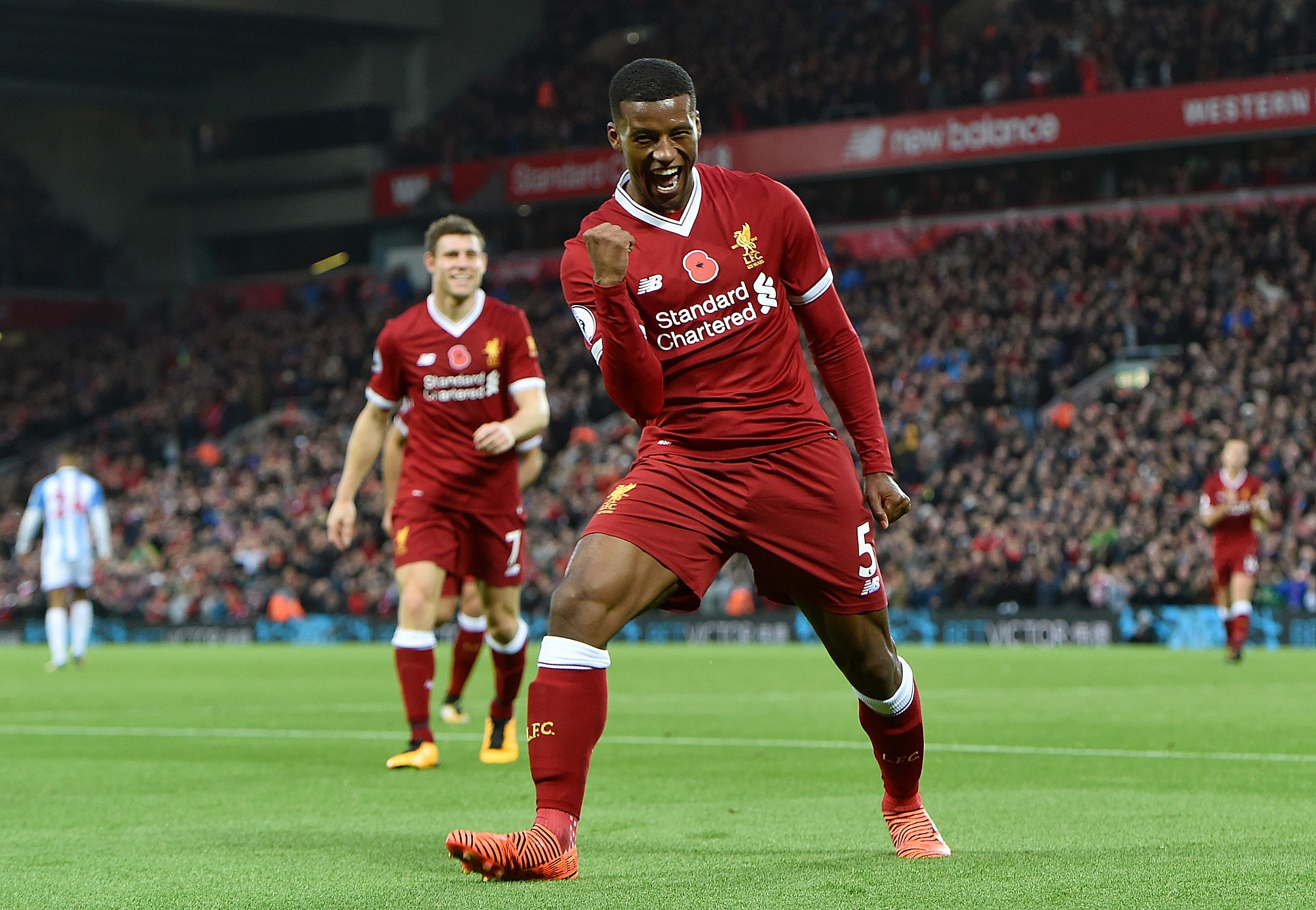 If there is any player who has played a major role in Everton’s resurgence in the Premier League this season, it has to the on-loan sensation, Andre Gomes. The Portuguese ace has been involved in three of Everton’s last five wins, forming a formidable midfield pairing with Idrissa Gana Gueye.

The 25-year-old has helped the Toffees dictate terms in the midfield, dictating the tempo of the game with his inch-perfect short passing and precise cross-field balls. He has been immaculate with his distribution and has allowed Gana Gueye to be the aggressor. In the last game, Gomes proved that he can also contribute a lot to the attack with surging runs and at the same time make recovery runs to break up the play and win possession back for his team.

Georginio Wijnaldum has been the heartbeat of Liverpool’s midfield, operating as a pivot in Jurgen Klopp’s 4-3-3 or 4-2-3-1 formation. The Dutchman has not only dictated terms in the centre of the park with his flawless passing and distribution but has also cut out the attacks with crucial interceptions, establishing himself as a key player in Jurgen Klopp’s high-intensity pressing tactics.

Hence, Sunday’s game is set to witness the battle between two of the most consistent central midfielders in the Premier League and a lot will depend on who comes fares better. 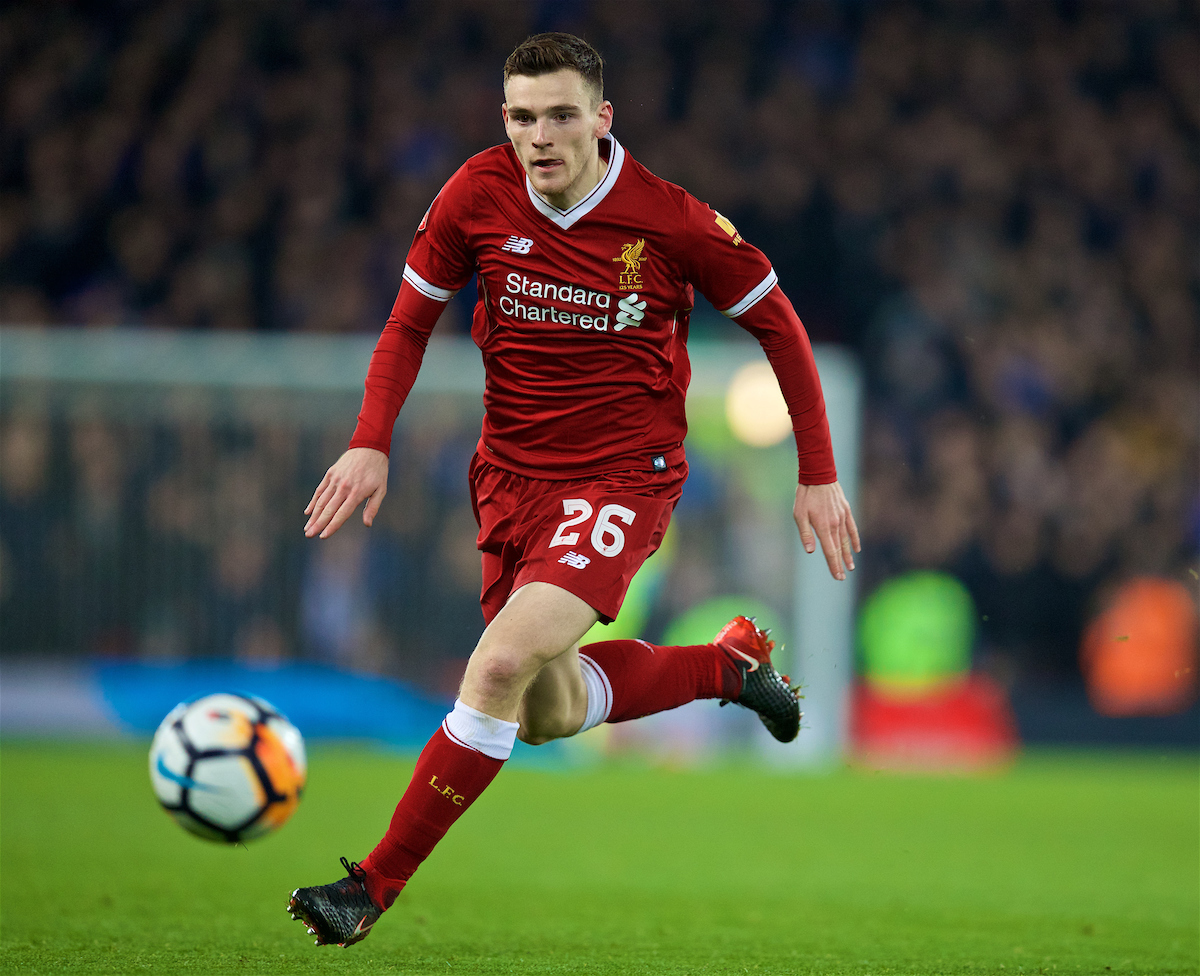 Both Liverpool and Everton have relied heavily on their full-backs to make powerful overlapping runs down the flanks to support the attack. While Coleman hasn’t been at his best this season both in terms of attack and defence, Robertson has established himself as one of the best full-backs in the Premier League.

The Scotsman has been excellent with his decision-making, contributing to the attack with accurate long-balls and inch-perfect crosses and cut-backs from the left. At the same time, he has defended with a lot of composure and has been rarely exposed at the back, which is the hallmark of a good full-back.

Read More:- Why Liverpool should not hesitate to splash £40m to improve and provide competition to one of their best players

Coleman showed signs of promise in the last game against Cardiff City and he will have to rise to the occasion on Sunday to counter the threat of Robertson down the left.