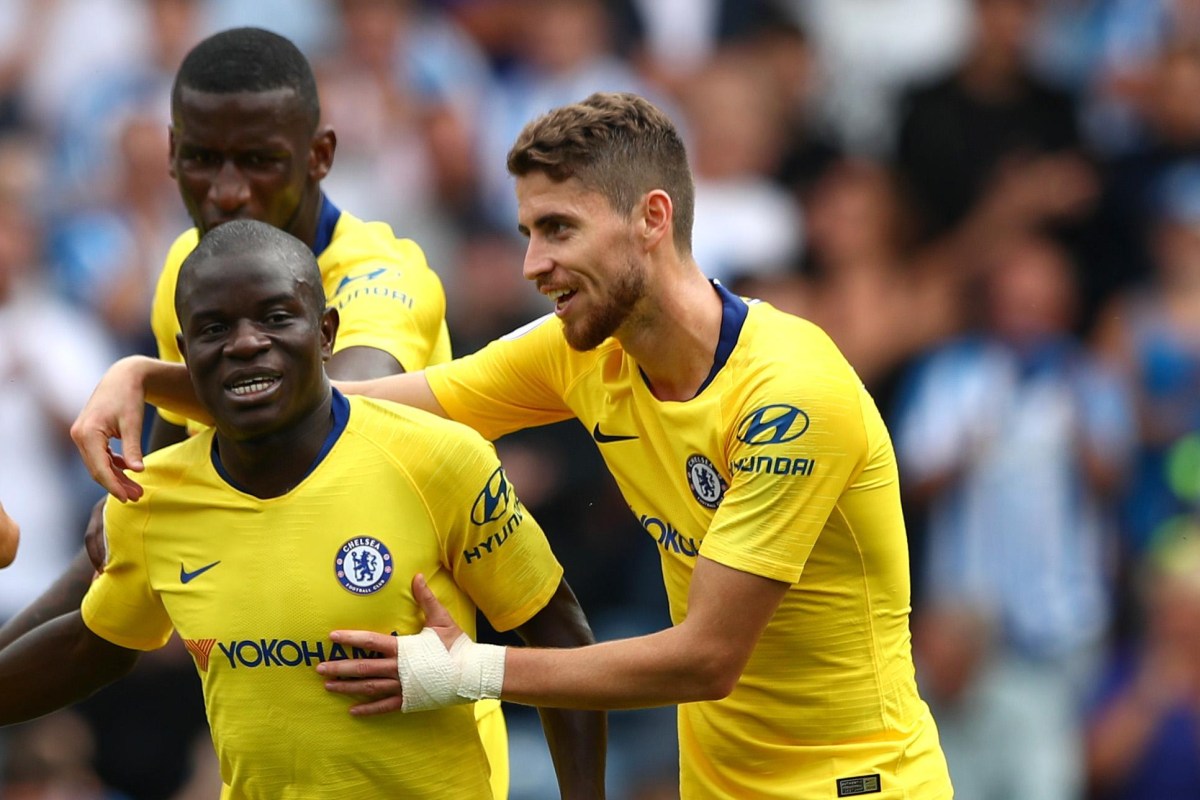 As much have Chelsea have promised under their new manager Maurizio Sarri with their ‘Sarri Ball’ style of play, the Blues were taken to the cleaners by north London rivals Tottenham Hotspur at Wembley in the Premier League on Saturday.

Chelsea’s humiliating 3-1 defeat not only allowed Spurs to take control of proceedings in the top-four of the Premier League but also exposed the flaws in Maurizio Sarri’s tactics. The Italian’s free-flowing, possession-based style of play seemed to be bringing the best out of some of the players at Stamford Bridge but few can argue that he was outthought by Mauricio Pochettino’s tactical tweak and Chelsea absolutely outclassed by a rampant Spurs unit.

Even though it is easy to deem the loss as just an occasional bad day at the office for Chelsea, the Blues should be wary of the fact that their unbeaten run in the Premier League has come to an end and Spurs have exposed their weakness to all the other teams in the top flight. Hence, it is just a matter of time before all the other teams start to follow suit and break down a Chelsea unit that has looked so very invincible just a week ago.

Sarri has earned plaudits for his possession-based football in England, which has allowed Chelsea to stamp their authority over the opposition by enjoying a lion share of the possession. However, that ploy did not quite work against Spurs and Chelsea looked all over the place against a hungry and dominant Spurs outfit. 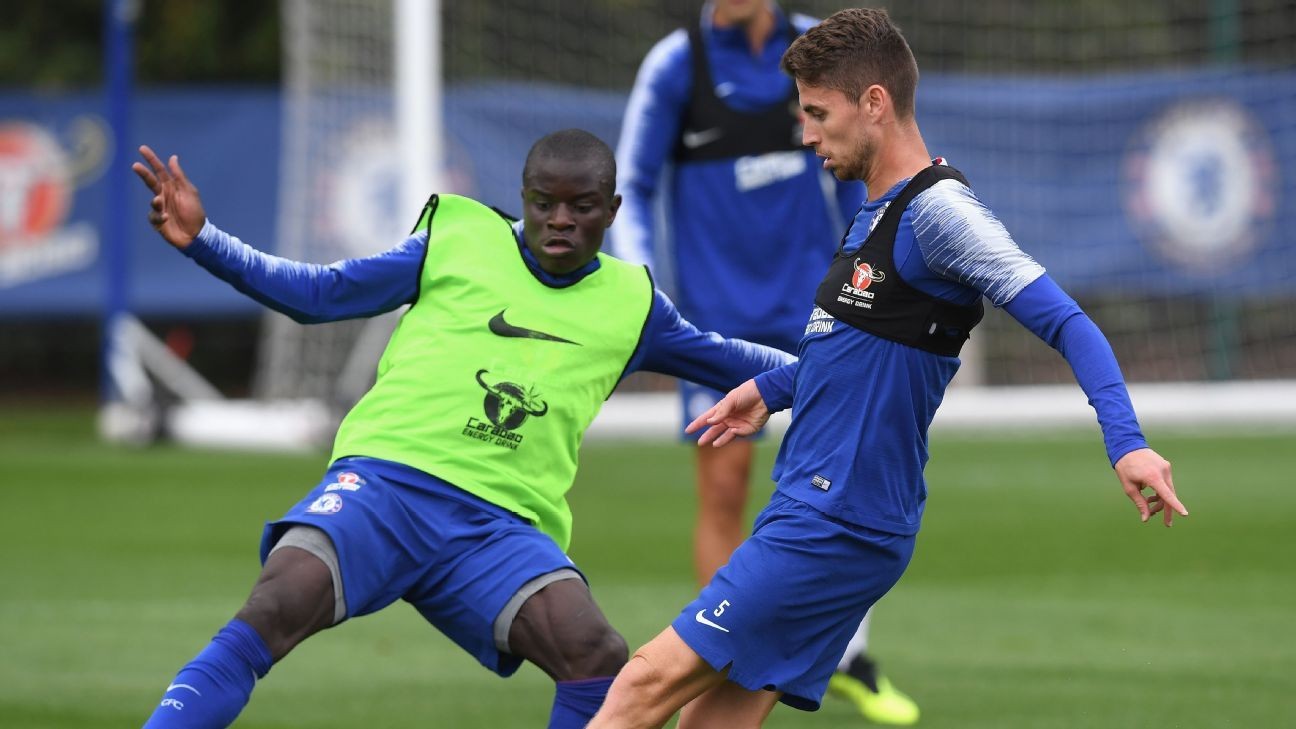 Jorginho has made a name for himself in the Premier League as one of the most prolific passers of the ball in central midfield. In fact, he has allowed Chelsea to win the midfield battle in almost all the outings, dictating the tempo of the game with his flawless passing and immaculate distribution. At times, he has set up attacks with precise long passes up front and has shielded the rearguard by making crucial interceptions.

Sarri has favoured Jorginho as the pivot of his midfield three in his 4-3-3 formation with N’Golo Kante on the right. It is quite understandable given that Sarri knows Jorginho well, having worked with him at Napoli in his earlier days, and has backed the Italian to control the game with his passing. However, that has forced N’Golo Kante to play in an unfamiliar position and in all honesty, the Frenchman has underachieved to a large extent this season.

Kante has looked like a fish out of water playing as an attacking midfielder on the right of the midfield three. It is good to see the manager trying to extract the best out of his players but Kante hasn’t looked at all comfortable playing on the right. Essentially a defensive midfielder by trade, Kante has been taken out of his comfort zone by Sarri’s tactics.

The 27-year-old Frenchman, who was one of the cornerstones of France’s triumph at the World Cup in Russia, has struggled to spark that creativity in the final third. Granted, he has carried the ball forward with energy and has seen plenty of the ball in the final third, passing it around and contributing to the build-up play.

However, he lacks the attributes and the tactical awareness of an attacking midfielder, which has rendered him largely ineffective. At times, he has found himself on the flanks, trying to cut inside and deliver crosses into the box, a role that does not suit Kante whatsoever.in other words, his end product in the final third has been really poor.

As a matter of fact, Kante’s numbers have also taken a battering under Sarri. The Frenchman has averaged 1.3 interceptions and 1.8 tackles per game as opposed to the statistics of the previous season where he averaged 3.3 tackles and 2.5 interceptions per game.

A fair share of that has been due to the fact that Chelsea have played possession-based football as opposed to Antonio Conte’s counter-attacking style. Furthermore, Sarri should take note of the fact that Kante is a lot quicker that Jorginho, which allows him to deal effectively with agile and fleet-footed attackers.

Suffice to say, it is high time for Maurizio Sarri to change his team dynamics in the wake of that 3-1 defeat at the hands of Spurs. Sarri has seemed pretty much married to a 4-3-3 formation so far but a 4-2-3-1 formation would definitely do a world of good to Chelsea’s team dynamics.

Switching to a 4-2-3-1 would allow Kante to operate in his preferred defensive midfield role where he will be able to destroy the opposition with his tenacity, tackling and game-reading ability. In other words, Chelsea will be a much more potent force with Kante as the destroyer in central midfield. 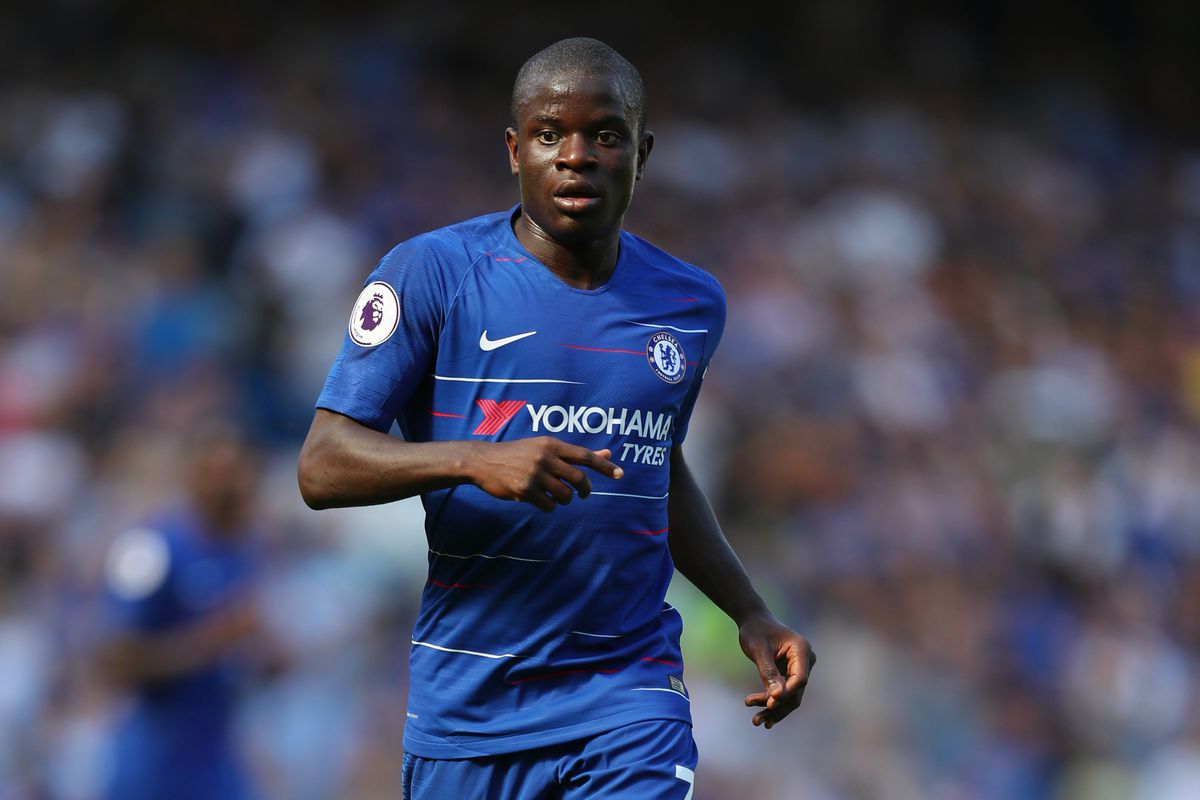 A 4-2-3-1 formation would also allow Chelsea to have more men in the attack. With Jorginho and Kante starting all the games, the likes of Ross Barkley, Ruben-Loftus Cheek and Cesc Fabregas have been left vying for a single spot in midfield. Hence, a change in formation will add more firepower to Chelsea’s attack with Ross Barkley playing in a No.10 role behind the striker. Willian and Hazard can continue to operate from the flanks while Jorginho and Kante will fill in the two positions in central midfield.

Liverpool and Arsenal have been a lot more tactically flexible this season, with Jurgen Klopp changing to a more attacking 4-2-3-1 in certain games and Unai Emery fielding a back-five to cover for injuries.

That said, Sarri should consider making a potential change in the formation to bring the best out of N’Golo Kante and add that cutting edge to Chelsea’s attack.