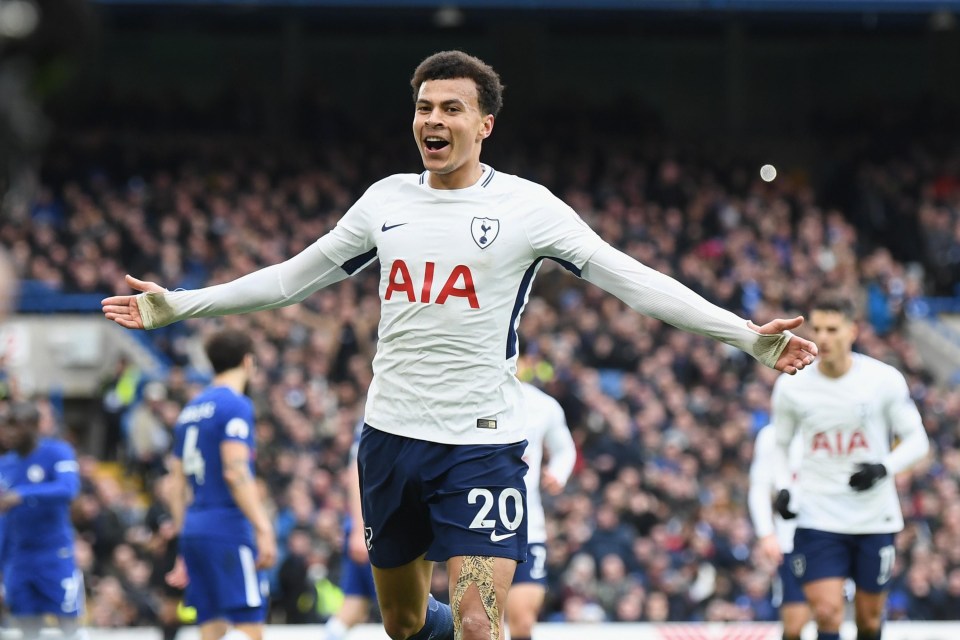 Tottenham vs Chelsea: Three talking points from the 3-1 debacle at Wembley

Tottenham produced arguably their best performance of the season so far as they overturned the odds to beat Chelsea 3-1 at the Wembley on Saturday. The defeat also marked the end of Maurizio Sarri’s unbeaten run as the manager of Chelsea in the Premier League.

Spurs dominated the game right from kick-off and never looked back after Dele Alli put them in the driver’s seat, finding the net with a glancing header off Christian Eriksen’s free-kick in the 8th-minute.

Chelsea’s backline was in sixes and sevens, not how Sarri would have wanted his players to fare against a potent attacking force consisting of the likes of Harry Kane, Dele Alli, Heung-Min Son and Christian Eriksen.

Harry Kane took advantage of some sloppy defending from Antonio Rudiger and David Luiz to double the advantage for the Lilywhites. Spurs had plenty of clear-cut chances to kill the game in the first half itself but Chelsea just managed to stay afloat.

However, Chelsea’s hopes of a remarkable comeback did not materialise. Heung-Min Son scored his 50th goal in a Tottenham shirt, receiving the ball on the touchline down the right-hand side of the pitch and outfoxed Jorginho, Rudiger and Luiz to put the final nail in Chelsea’s coffin. 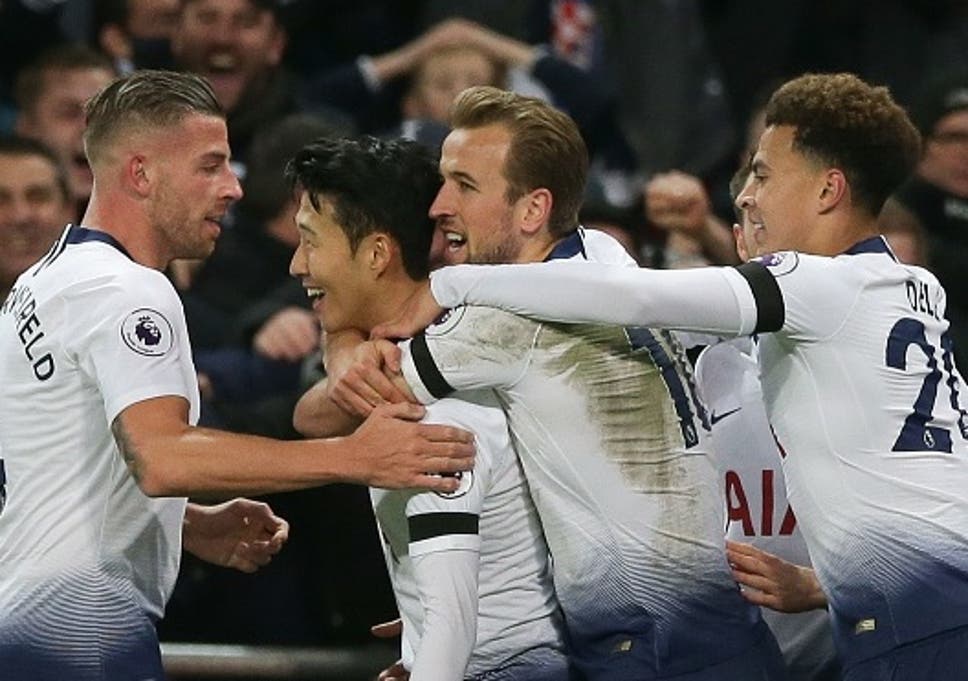 With the race for the title heating up slowly but surely, the defeat is bound to have far-reaching consequences for the Blues and even more so, because Liverpool claimed all three points with a 3-0 drubbing of Watford to keep the pressure on Manchester City at the top of the table. In other words, Chelsea lost valuable ground on their Premier League rivals with the 3-1 humbling after dropping points against Everton before the international break.

Mauricio Pochettino, on the other hand, would be an extremely happy man. Spurs not only climbed above Chelsea in the standings to keep within striking distance of Liverpool and Manchester City but also showed with their authoritative display that they are more than capable of challenging for the Premier League crown.

Here are 3 talking points from yesterday’s top of the table clash between Chelsea and Spurs.

The 3-2 victory over Arsenal earlier in the season was probably the last time that Chelsea were criticized for being a bit shaky at the back. However, Chelsea’s defenders are bound to be at the receiving end of some widespread criticism from the fans and the media after the 3-1 defeat on Saturday.

Chelsea looked vulnerable right from the word go. Given that Dele Alli’s opener came from a well-worked set-piece routine, it would be harsh to criticise the defenders for that. One might say that Kepa Arrizabalaga should have reacted quicker to keep the header out, something that the fans are well within their rights to expect from a 70 million goalkeeper. However, the actual defensive horror show began with Harry Kane’s goal.

Antonio Rudiger has been one of the standout figures for Chelsea at the back this season but the German failed to rise to the occasion at Wembley. Faced with a dilemma of whether to close Harry Kane down or cover Heung-Min Son’s incisive run behind the backline, Rudiger was perplexed and was caught in no man’s land. He was partly to blame for the blunder but the David Luiz should be kicking himself once he sees the replay of that goal.

Going by the natural instincts of a centre-forward, Luiz would have been expected to put his body on the line to block the shot but he moved away from the firing line, thus exposing Kepa who didn’t seem to know from where the shot was coming and was late to react. To sum it up, lack of communication across the backline, including the goalkeeper led to Chelsea’s demise.

As evident from Heung-Min Son’s strike in the second half, Chelsea lacked an effective plan B to provide cover at the back when Marcos Alonso joined the attack. Dele Alli showed a good presence of mind to set the Korean free down the right and he used every bit of his pace, dribbling and tenacity to drive past Jorginho, Luiz and Rudiger. Luiz made a mockery of himself by running past the charging Korean while Rudiger did not put in a last-ditch tackle to stop him.

To be honest, Chelsea had a horrible game defensively and it could easily have been 5-1 or 6-1 had Dele Alli and Harry Kane converted their chances in the second half.

Spurs haven’t always had the luxury of Dele Alli’s services in the attacking third this season due to injuries but the Englishman proved that he has the ability to wreak havoc through the opposition’s defence when he is at the top his game.

Much of Chelsea’s ‘Sarri Ball’ style of play has been supported by Jorginho. Pochettino seemed to know that Chelsea might kill the game sooner or later if they were allowed to dominate proceedings in midfield. Jorginho has been the heartbeat of Chelsea’s midfield so far this season but his weakness was exposed by Pochettino’s tactical masterstroke. 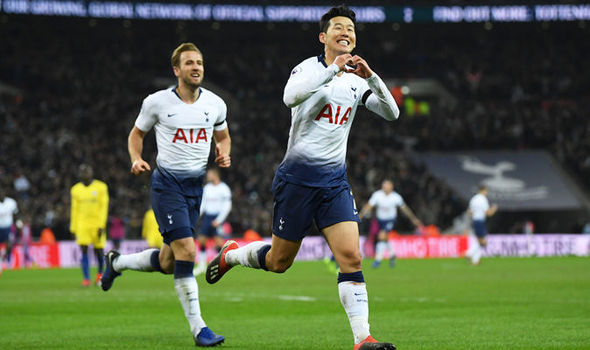 The Italian is renowned for his ability to dictate the tempo of the game with his flawless passing but Spurs did not allow him to see too much of the ball. His inability to deal effectively with fast and agile opposition was exposed when Son drove past him and even though he followed the Korean all the way, he couldn’t make a tackle.

Furthermore, Jorginho looked helpless against the creativity of Spurs, particularly against the perpetual motion of Dele Alli. Alli’s ability to move the ball quickly and change position constantly make him a difficult player to mark and Jorginho had no answer to that.

It wasn’t only about the goal and the assist that Alli registered but his overall impact on the game was a lot more telling. He linked up brilliantly with the likes of Christian Eriksen, Son and Kane up front to create plenty of chances and operated as a supporting striker at times.

Pochettino has had plenty of injuries to contend with this season. Spurs have been hit hard by injuries to several of their key players and even in the game against Chelsea, they were without the services of Mousa Dembele and Jan Vertonghen.

Slotted into the central midfield in a box-to-box role alongside Eric Dier, Moussa Sissoko rose to the occasion and produced one of his best performances in a Tottenham shirt. The Frenchman absolutely dominated Chelsea in the midfield, breaking up the play with crunching challenges and carried the ball forward with a lot of energy and purpose.

Furthermore, he contributed to the attack with his intelligent passing and set up Harry Kane brilliantly in the second half. Chelsea were guilty of allowing him too much space to run into but the Frenchman deserves all the credit for his efforts. The 3-1 defeat further documented the need for a creative midfielder in Chelsea’s ranks. Sarri has preferred the trio of Kovacic, Kante and Jorginho in his three-man midfield but he should have used someone like Ruben Loftus-Cheek to change things when Spurs were stamping their authority.

While Spurs have every reason to be ecstatic with their performance Chelsea must not make the mistake of considering this defeat as just a bad day at the office. The defeat showed that Chelsea are far behind Manchester City in a number of areas of the game and they will need to improve significantly if they are to challenge for the title.

Impressive Torreira, average Mustafi – The best and the worst-rated Arsenal stars vs Bournemouth