Newcastle should revive their interest in Aleksandr Golovin

According to a previous report from Chronicle Live, Newcastle were among a host of Premier League clubs who were interested to sign Russian playmaker Aleksandr Golovin. However, a move to the Premier League did not quite materialize and Golovin joined Ligue 1 club AS Monaco.

The 22-year-old was one of the cornerstones of Russia’s successful World Cup campaign which saw the hosts reach the quarterfinals. Golovin scored from an amazing free-kick in the opening game against Saudi Arabia and set up another couple of goals as the hosts drubbed their opposition 5-0.

Golovin had an impressive season with CSKA Moscow prior to the World Cup, scoring  5 goals and providing 3 assists in the Russian Premier League. He also played 11 games in the UEFA Champions League and Europa League, scoring a couple of goals. The 22-year-old hasn’t been one of the first names of the teamsheet at Monaco this season but has done fairly well. 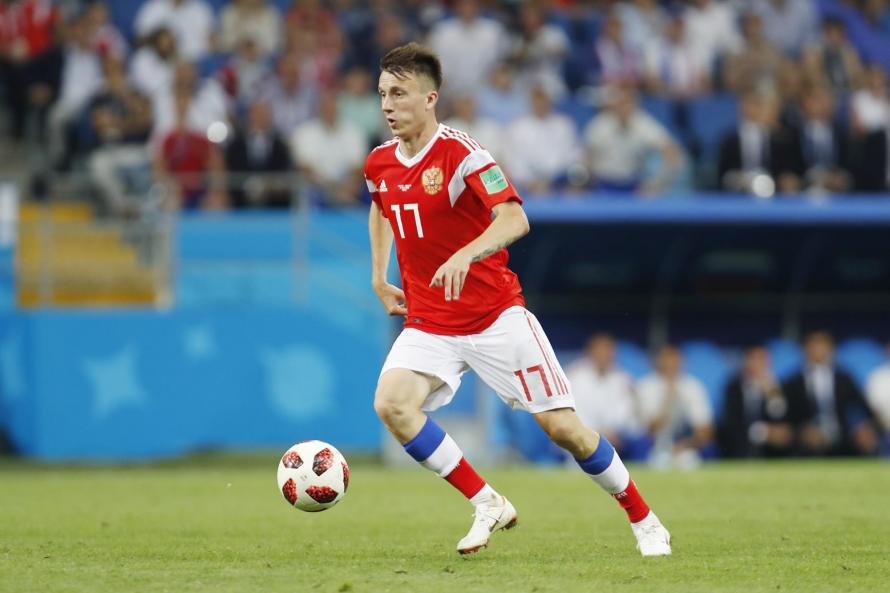 Well, those statistics are not appealing and they do not justify Golovin’s attributes as a creative midfielder. A technically-gifted and nimble-footed creative midfielder, Golovin is capable of playing on either flank, in a No.10 role behind the striker and also in a deeper position in the midfield.

He likes to use his impressive range of passing and remarkable vision and awareness to set up goals for his teammates. He is not the sort of player who racks up 10 assists in a season but he likes to move the ball, works the channels in the midfield areas and creates spaces for his teammates. Golovin averaged 2.5 shots, 1.5 key passes, 1.8 dribbles and 2.9 successful long balls per game in the Russian top-flight last season.

The Russian also contributes a lot to the defence as evident from his previous season’s statistics. A good reader of the game who uses his anticipation and reflexes to break up the play, Golovin averaged 1.4 tackles and 1 interception per game last season. He is also adept at holding on to the ball, allowing his teammates to make penetrating runs.

To put things into perspective, Newcastle should rekindle their interest in the Russian playmaker when the window opens in January.

The Magpies have endured a disastrous start to their Premier League campaign and Rafael Benitez’s men sit 14th in the standings. However, that doesn’t change the scenario for the Magpies as they need to string together victories on a more consistent basis. And they need to improve their scoring record to do that. They have scored only 9 goals so far this season and lack of creativity in midfield has been one of the major reasons for their undoing this term.

Mo Diame and Jonjo Shelvey have been pretty solid in central midfield but neither of them has the ability to spark that creativity in the final third. That is exactly the reason why they should invest in Golovin during the mid-season trading period.

Being one of the rising young talents across Europe, Golovin won’t come cheap but Newcastle can benefit hugely if they can somehow boost their funds to table a bid for him in January.