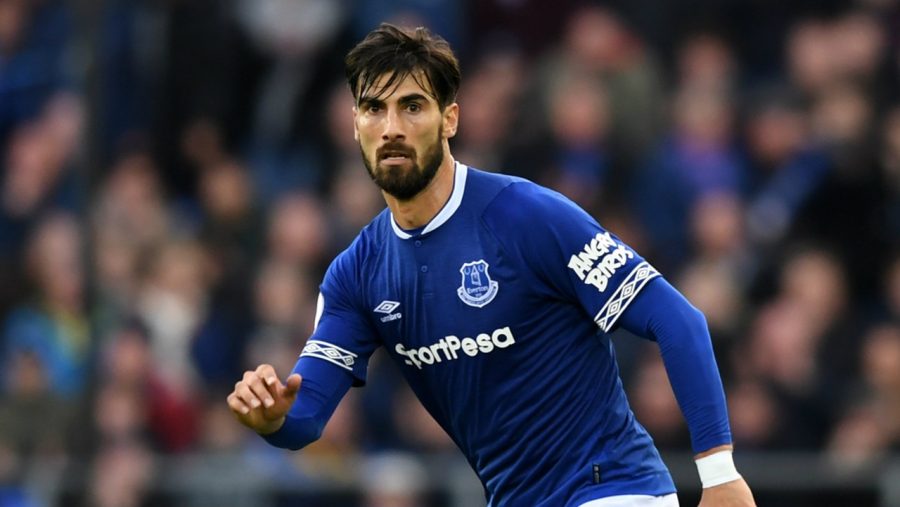 Everton were among the highest spenders in the summer transfer window. New manager Marco Silva had the backing of the club’s finances and he made full use of it to bolster his squad ahead of the Premier League season. The Toffees made the headlines with a number of mega-money signings including Richarlison and Yerry Mina.

Along with the permanent deals for Lucas Digne and Yerry Mina, Andre Gomes joined Everton on a season-long loan deal from Barcelona with the Toffees completing a triple raid on the Spanish giants. Digne has been a regular this term for Marco Silva, replacing the ageing Leighton Baines at the left-back position. Yerry Mina and Andre Gomes both arrived with pre-sustained injuries and were sidelined for the first few games of the season.

The fans had to wait till the 8th game of the Premier League to see the Portuguese midfielder in action for the first time. He was handed a start on his official debut for the club and the 25-year-old made an immediate impact on the proceedings. 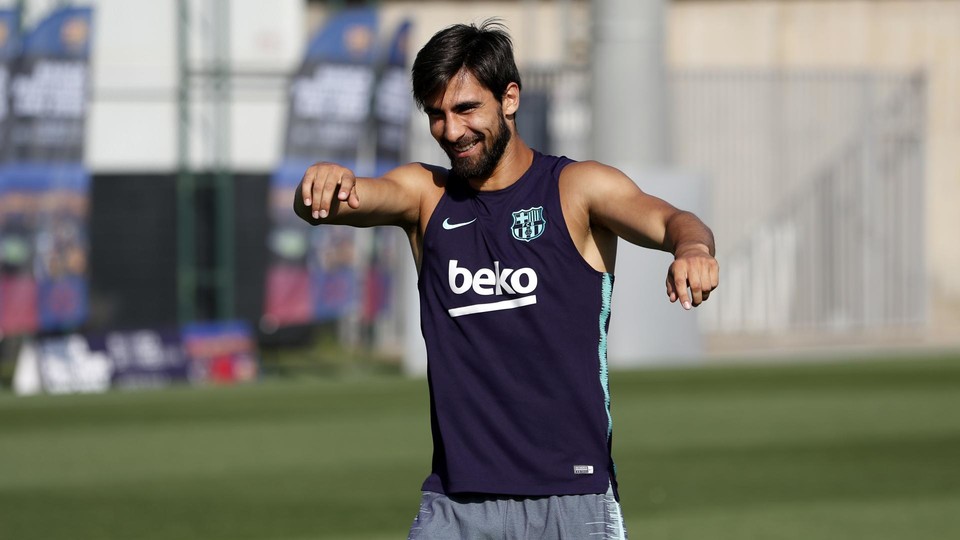 Starting alongside Idrissa Gana Gueye in central midfield against Crystal Palace, Gomes shook off any signs of early-season rustiness and looked very assured in possession. He looked really confident with the ball at his feet, proving that he has the ability to match the demands of the Premier League with his superior technical abilities.

The 2016 Euro winner hasn’t had the best of times at Barcelona since his move from Valencia back in 2016. He is not that sort of player who can make an immediate impact coming off the bench but he needs regular starts to grow in confidence. That was something he did not get at Barcelona, making only 16 appearances in the La Liga last term, 10 of which came from the bench.

In his debut game against Palace, he rarely seemed to misplace a pass. He is a player who is known for his superior passing ability and effective ball distribution. He showed his wonderful range of passing with crisp short passes and did not hesitate to switch the play with perfectly weighted long balls. For the first time in the season, it looked as if Everton were able to dictate the tempo of the game.

And he proved that he is not a one-game wonder, following up his promising debut with another calm and composed performance against Manchester United even though Everton suffered a 2-1 defeat away from home. He was certainly not undone by the presence of Nemanja Matic and Fred in the midfield and continued his merry way with loads of passes. Truth be told, his display spoke of pure class and elegance as the Portuguese international kept things ticking in the midfield with his wonderful distribution.

Let us take a look at his statistics from the two games. The 25-year-old averages 53 passes per game with an accuracy percentage of 90.6. Although he hasn’t registered any key passes so far, he averages 4 successful long balls per game. That is quite understandable given that he is not the sort of player who makes an impact with goals and assists. He is more of a prolific passer like Jorginho.

Idrissa Gana Gueye has put in some solid shifts in central midfield this season but he has been too inconsistent. The Senegalese international has let the team down with his poor level of composure and his lapses of concentration have put added pressure on the backline. Unlike Gueye, Gomes is not the sort of player who can be deployed to keep the opposition’s No.10 at bay with his physicality but he has high levels of concentration and composure, something that Everton lacked in midfield prior to his debut. Morgan Schneiderlin’s disappointing outings and James McCarthy’s injury haven’t helped the manager either.

Read More:- Everton must retain this on-loan 21-year-old striker at all costs – Agreed?

With Andre Gomes in central midfield, Everton look a more compact unit and they will be hoping for him to continue his good run of form. The 25-year-old is likely to play a huge role this term for Marco Silva and he has already shown signs of that.

Football News 24/7
Contents hide
1 Andre Gomes is set to play a huge role for Everton in central midfield
2 Read More:- Everton must retain this on-loan 21-year-old striker at all costs – Agreed?
Back to Top
Close