Ousmane Dembele has been deemed surplus to Barcelona’s demands and the Spanish giants have asked the 21-year-old Frenchman to look for a new club in January, claims the Mirror.

The situation has put the Premier League giants including the likes of Arsenal, Chelsea and Liverpool on red alert. (h/t Mirror)

Dembele, who was a part of the French squad that won the World Cup in Russia, has struggled to make a significant impact in the La Liga following his £105million deal to move to Camp Nou a couple of seasons back. He burst onto the scene with some scintillating performances for Borussia Dortmund in the 2016-17 where he registered 6 goals and 12 assists in the Bundesliga.

However, his meteoric rise in European football has somewhat stalled in the La Liga. A part of it has definitely been down to injuries and when he has been fit, he has found it difficult to get regular starts with coach Ernesto Valverde preferring the trio of Lionel Messi, Philippe Coutinho and Luis Suarez up front. 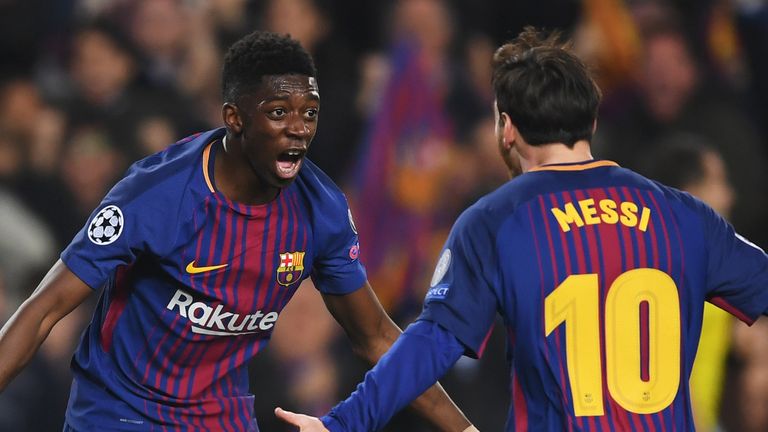 Truth be told, he would be a perfect fit for all the three clubs in question. As things stand, Dembele might be the subject of the next big transfer saga in the Premier League and Chelsea should look to use their financial muscle to have the final say.

As things have shaped up so far in the Premier League, Manchester City have reigned supreme at the top of the table with Chelsea, Liverpool and Arsenal all within striking distance to challenge for the title. If the first ten games are anything to go by, then the ongoing season of the Premier League is set to witness an edge-of-the-seat four-way title race which is expected to go down to the wire.

And Chelsea will edge ahead of their rivals in the title race if they can sign the 21-year-old Frenchman. Eden Hazard has shouldered the bulk of the workload so far and Chelsea definitely need another top-quality wide-forward with goalscoring pedigree to match the Citizens.

Ousmane Dembele is one of the most promising young talents on the planet. He is primarily a left-winger but he has the ability to switch flanks at will as he is a truly two-footed player. His ability to cut inside with pace from the wide areas and score goals with both feet will be a huge asset to the Blues. Furthermore, he is a player blessed with a very sound technique which allows him to keep good close control in tight areas along the flanks.

In fact, he will be the ideal man to provide competition for the likes of Willian and Pedro. Maurizio Sarri has had a tough time contending with injuries to the wide men. So much so, he had to use Ruben-Loftus Cheek as a left-winger against Burnley when Pedro left the field with an illness. Victor Moses is a glaring misfit for Sarri’s free-flowing possession-based football and the manager definitely needs to add depth to his attacking options to avoid a potential burn out in the latter stages of the season.

That said, Chelsea should leave no stone unturned in their efforts to sign Ousmane Dembele from Barcelona in January. Given that the player is not wanted by his current club anymore, he might be available for a cut-price deal during the mid-season trading period. It might be the deal that makes them all the more formidable in the Premier League.