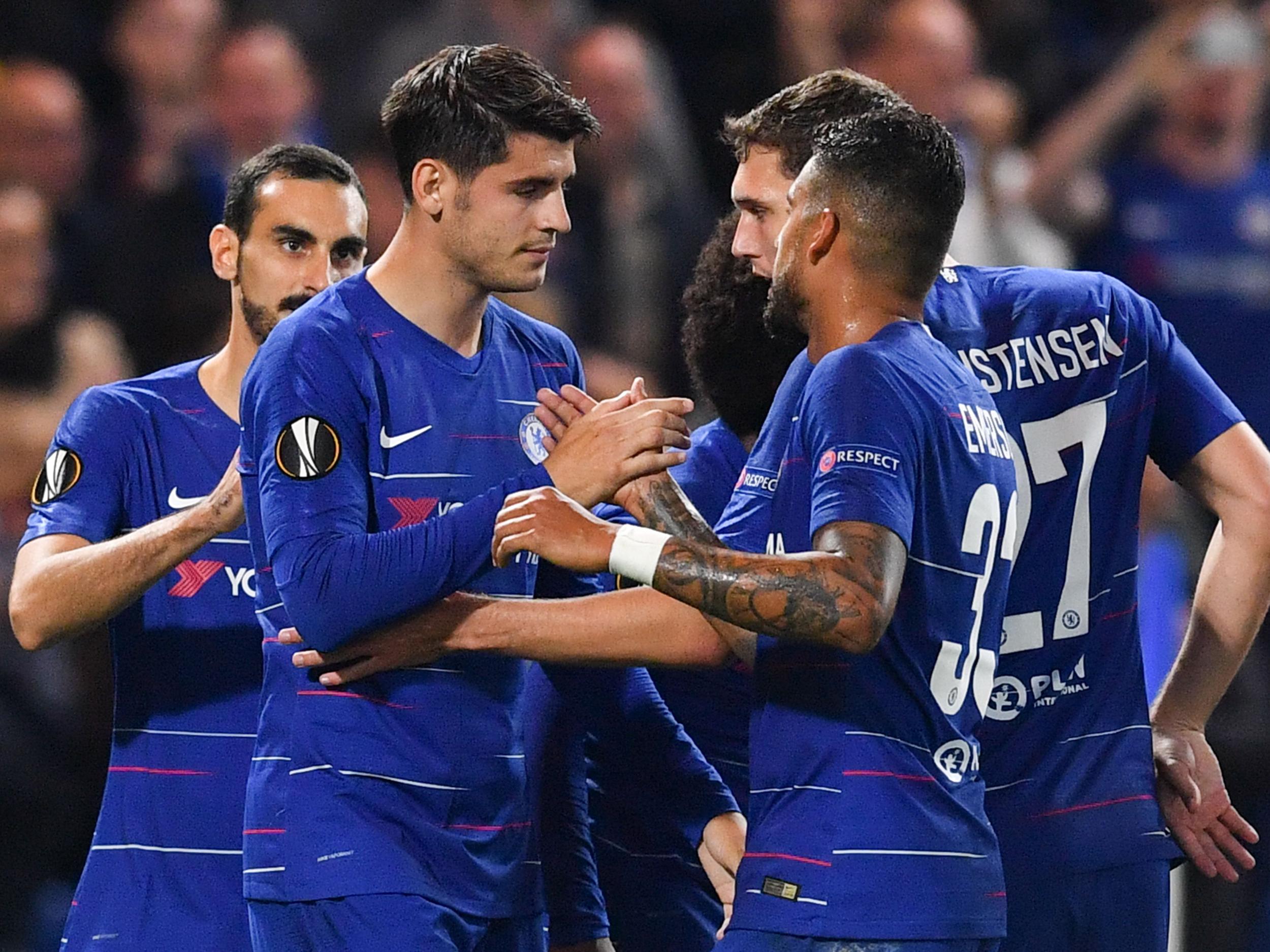 Predicted Chelsea line-up to face Southampton in the Premier League

Chelsea continued their impressive form in the UEFA Europa League with a 1-0 win over Hungarian outfit Videoton on Friday as Alvaro’s Morata’s fine one-touch finish guaranteed the Blues all three points.

Maurizio Sarri’s men have done well in the Premier League so far, remaining unbeaten in their first seven games. They had a chance to claim all three points last weekend against Liverpool but were denied by a thunderous effort from substitute Daniel Sturridge late in the game.

The Blues have been held to draws in their previous two Premier League outings and they should look to get back to winning ways when they make the trip to St.Mary’s to face Southampton on Sunday.

This game holds a lot of significance for Maurizio Sarri’s men, given that a win could strengthen their position at the top of the table with Liverpool and Manchester City going head-to-head on the same day.

Pedro and Ruben Loftus-Cheek have recovered from their injuries and featured in the Europa League while fringe player Marco van Ginkel continues to be on the treatment table.

The fact that there are no significant injury concerns should bring solace to the manager and he will have his full squad of players to select from.

The Spaniard made a couple of sharp saves against Videoton to save the blushes for his team and should start on Sunday.

He should be fresh and charged up to start against Southampton after being rested for the Europa League tie.

The Brazilian held his nerve at key moments against Liverpool last weekend and will be expected to start on Sunday ahead of Andreas Christensen.

The German international has slowly grown in confidence and looked solid in the previous game against Liverpool which should be enough to earn him another start.

Solid while defending, impressive while attacking – Alonso has been a standout performer for the Blues this season and should start ahead of Emerson Palmieri, who did not look comfortable at the back.

He is Chelsea’s engine in the midfield and should replace Ruben-Loftus Cheek, who hasn’t started in the Premier League this season.

The summer recruit from Napoli has established himself as one of the most prolific passers of the ball in the Premier League and should start in place of Cesc Fabregas on Sunday.

The Croatian set up Eden Hazard for the team’s opening goal against Liverpool with a wonderful through ball. He has been a livewire in the midfield and Sarri should hand him another start.

The Spaniard returned to the XI in the Europa League game and should be looking to build on his early season form against Southampton on Sunday.

Read More:- Go for it Sarri – Chelsea must immediately offer a new contract to this £120,000-a-week superstar

He is Chelsea’s game changer and talisman in the final third; virtually an automatic selection for Sarri.

Morata scored the winner in the Europa League but squandered loads of good chances and that should keep the Frenchman ahead in the pecking order.