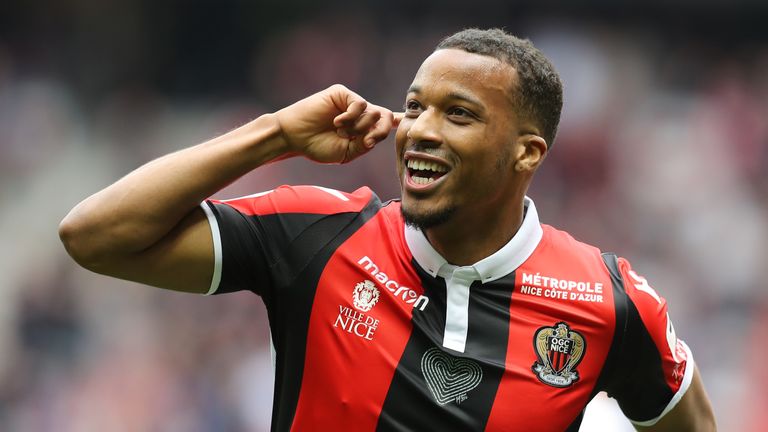 Why West Ham United should revive their interest in Alassane Plea

According to an earlier report by Sky Sports, West Ham had tabled a £27million bid for Nice striker Alassane Plea. West Ham were among several clubs in the Premier League to have expressed their interest in the Frenchman, the others being Newcastle United, Tottenham Hotspur and Fulham (h/t Sky Sports).

However, after an interesting sequence of events, the 25-year-old joined German outfit Borussia Monchengladbach in the summer.

Plea started his career with Lyon and moved to Nice in 2014 where he caught the eye with his impressive goalscoring prowess. In fact, he scored 44 goals for the French outfit in 134 appearances across all competitions. And the Frenchman has hit the ground running in the German Bundesliga as well. Seven goals from seven games across all competitions should be enough to set the alarm bells ringing among the top clubs across Europe.

West Ham made a terrible start to the season with four losses out of four but the Hammers have managed to get their act together in the Premier League. An impressive 3-1 victory over Everton was followed by a resolute 0-0 draw against Chelsea. The 3-1 humbling of Manchester United on Saturday was arguably the highlight of their season so far.

Manuel Pellegrini brought in radical reinforcements to bolster the squad in the summer transfer window. West Ham made the headlines with mega-money deals for Felipe Anderson, Issa Diop and Andriy Yarmolenko. Thankfully, all the new signings seem to have settled down at last and are taking the team in the right direction.

However, the bulk of goalscoring duties has been shouldered by Marko Arnautovic, Andriy Yarmolenko and Felipe Anderson, who scored his first goal against Manchester United. Although the front three have racked up the goals, Javier Hernandez, another high-profile player in their ranks, has not been at the top of his game.

The Mexican, who joined the club for £16m, has been out for the last three games due to a viral infection. However, he did not do anything notable when he played in the first few games. Not only has he looked visibly rusty in front of the goal but has shown signs of slowing down to a large extent.

He was a player who was renowned for his poaching abilities during his glorious days at Old Trafford but the 30-year-old just seems a shadow of his former self at West Ham. To be honest, he does not have the same intensity that made him such a dangerous player in his younger days.

To put things into perspective, it wouldn’t be a bad idea for the Hammers to revive their interest in Alassane Plea. The Frenchman has been in red-hot form in the last couple of seasons and could prove to be an excellent replacement for Javier Hernandez.

A clinical finisher with a prolific goalscoring record, the 25-year-old Frenchman can be deadly in front of the goal. Primarily a centre-forward, he can also be deployed as a left forward which allows him to cut inside with his stronger right foot and fire powerful shots on goal.

However, he is not a one trick pony by any means. Plea is also a good crosser of the ball and uses his crossing abilities to find his teammates in the box.

The 25-year-old not only has a good first touch but also boats of exceptional physical strength, allowing him to outmuscle the defenders in the attacking third. He combines his blistering pace with his incredible strength to wreak havoc through defences.

With Manuel Lanzini still in rehabilitation to nurse his cruciate ligament injury, Alassane Plea could be the man to add that extra edge to West Ham’s attack. Given that Michail Antonio is another inconsistent player, the Frenchman should act as a quality cover for Arnautovic and Felipe Anderson.

With the kind of form that he is in right now, Plea definitely won’t come cheap but West Ham should make every effort to lure him to London Stadium in January. And they shouldn’t hesitate to offload Hernandez for that purpose.