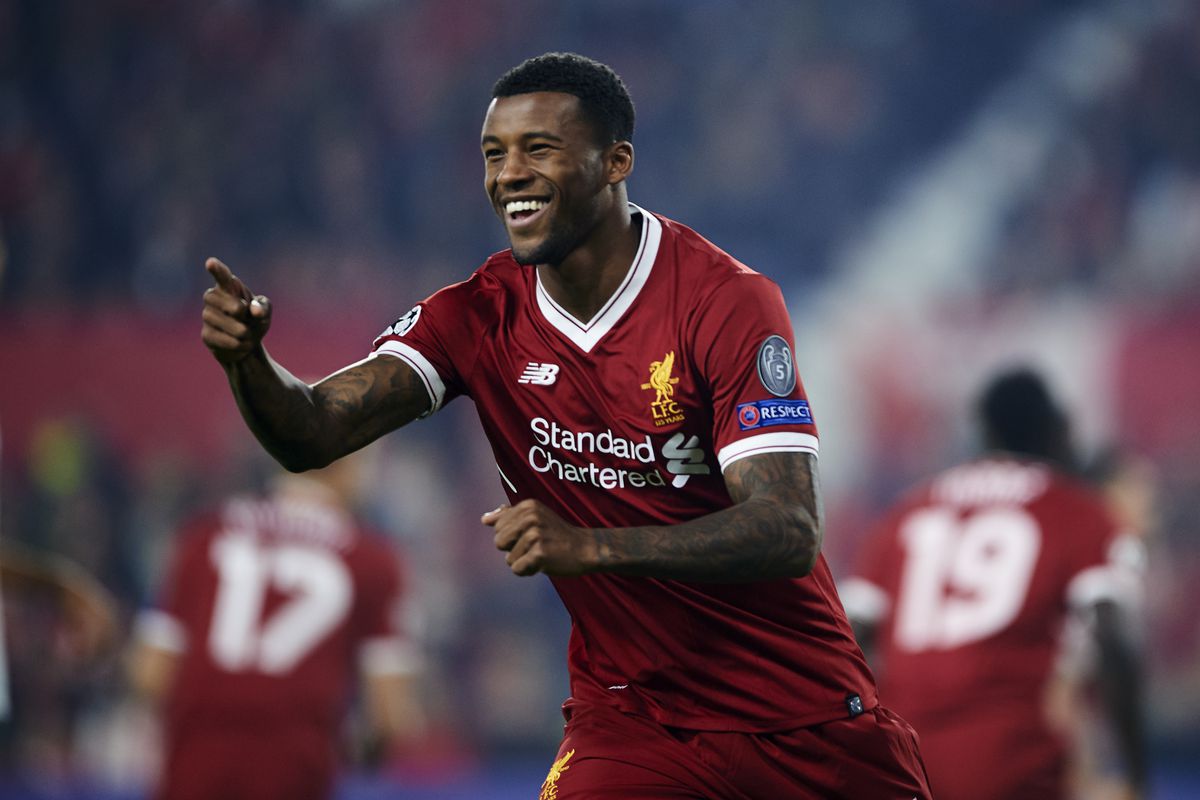 Georginio Wijnaldum holds the key to Liverpool’s success against Napoli

Liverpool successfully replicated their domestic form on the European front with a nail-biting 3-2 victory over French powerhouse Paris Saint-Germain on matchday one of the Champions League. Roberto Firmino’s injury-time winner ensured the Reds came away with all three points and the victory should do a world of good for their confidence.

Meanwhile, Napoli could only manage to get a point out of their opening day fixture against Serbian outfit Red Star Belgrade. The trip to Serbia proved to be a stiff test for the Naples-based outfit as the attackers failed to break down a resolute defence. Carlo Ancelotti’s men were held to a 0-0 draw, making their fixture against Liverpool all the more crucial.

While Liverpool must aim to continue their winning run, Napoli will be desperate to bag all three points at home to grab the edge in the knockout stages.

Jurgen Klopp should be delighted with the fact that most of his players have hit the ground running and there have been no signs of rustiness among the team. New signing Naby Keita has established himself as Liverpool’s new midfield powerhouse while Alisson Becker’s reliable presence between the sticks has helped the Reds achieve a better defensive record.

Klopp’s high-intensity football demands the players to press higher up the pitch and his dynamic style has reaped the results not only in the Premier League but also in the Champions League. Liverpool’s pressing in the midfield rendered the likes of Adrien Rabiot and Marquinhos virtually non-existent and PSG had to resort to long balls to build attacks.

And they should do the same thing against Napoli. The Italian outfit has several quality midfielders in their ranks and statistics reveal that Napoli had 74% of the possession against Red Star Belgrade. They completed a total of 785 passes with an accuracy of 85% which speaks volumes about their strength in the midfield.

Furthermore, they boast of the likes of Marek Hamsik, Lorenzo Insigne and Piotr Zielinski in the midfield and attacking third, making them a formidable team on the pitch. All these midfielders are adept at moving the ball around with purpose and creating chances and hence, Liverpool should find a way to counter that.

And Georginio Wijnaldum, who currently earns £90,000-a-week, should be Liverpool’s best bet to win the midfield battle.

The Dutchman has been in top form this season and has continued to be one of the key figures in Liverpool’s midfield. His presence in the central areas has not only allowed the likes of James Milner and Naby Keita to drift wide and be more adventurous but has also added a sense of security to the backline.

His ability to cut out the attacks from the midfield by pressing high and winning the ball with crucial interceptions has proven to be resourceful for the Reds.

Read More:- Forget it Klopp – Signing this former World Cup winner could be disastrous for Liverpool

Wijnaldum has an impressive pass success percentage of 92.5 in the Premier League. He has been flawless with his passing and has switched the play effectively to help the wingers. His ability to dictate the tempo of the game with his range of passing has allowed Liverpool to dominate proceedings in most of the games.

That said, Liverpool need the Dutchman to deliver the goods once again when they face Napoli in the Champions League on Wednesday.