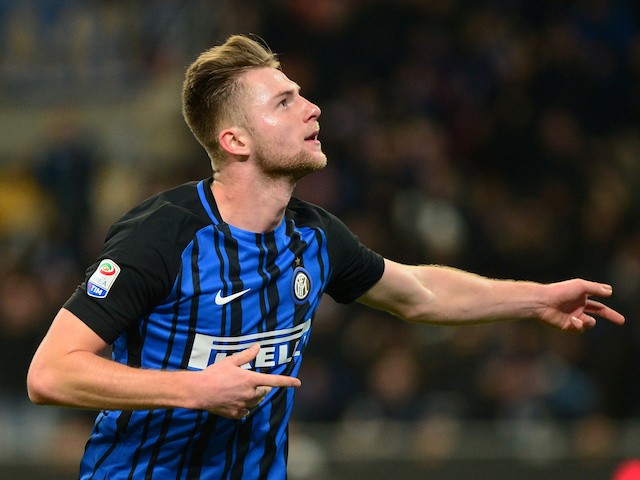 An earlier report from Manchester Evening News claimed that the Red Devils had tabled a £57million bid to land Inter Milan centre-back Milan Skriniar in the summer transfer window. However, Inter were not ready to let go of their prized asset and the Serie A giants had made it clear that they would not consider a bid less than £70million.

United were on the lookout for a new centre-back in the summer and were linked with moves for Skriniar and Toby Alderweireld (h/t Manchester Evening News). However, none of the deals worked out before deadline day, leaving Jose Mourinho wandering for defensive reinforcements.

And the lack of quality centre-backs has taken a toll on United’s campaign so far. To be honest, much of their woes have been down to sloppy defending at the back. To make matters worse, Mourinho has been constantly rotated his centre-backs to find the most stable combination in the heart of the defence.

Phil Jones has struggled with injuries in the recent past and was sidelined once again in the ongoing season due to a hamstring injury in the 3-0 humiliation against Tottenham Hotspur. Even though he has returned from the treatment table, he was nowhere near his best and allowed the opposition to get the better of him with some sluggish defending. Eric Bailly and Victor Lindelof have made a few defensive howlers this season. While the Ivorian has been relegated to bench duty following his disastrous display in the 3-2 defeat against Brighton & Hove Albion, Lindelof has looked pretty ordinary with his positioning, awareness and game reading. To sum it up, almost all the centre-backs have let the team down with lapses in concentration and some questionable decision-making at the back.

Although Chris Smalling has played a part in some of the goals that United have conceded this season, he has been their standout performer at the back. However, the Red Devils need to find someone who can partner Smalling in the heart of the defence and Milan Skriniar could be an ideal option.

The 23-year-old Slovakian started his professional career with Slovakian outfit MSK Zilina in 2012 and shifted base to the Serie A with Sampdoria in 2016. Eventually, he joined Inter Milan last year. Since then, the Slovakian has emerged as one of the best defenders in Italy. He has made a total of 46 competitive appearances for the Italian giants across all competitions and has played every minute of Inter’s Serie A campaign this season.

A player characterized by excellent positional sense and game awareness, Milan Skriniar seems like the ideal man to partner Smalling in the heart of United’s defence.

He might not be the quickest and the most agile defender on the planet but he makes up for it with his appreciable levels of composure and concentration. Unlike most defenders his age, he is not aggressive and rarely dives into reckless challenges.

A player marked by an excellent disciplinary record, Skriniar often holds his ground and waits for the attackers to make a move before going into key tackles. The Slovakian has also made a name for himself as one of the best ball-playing defenders with his ball distribution abilities.

His wonderful ability to read the game and flawless positioning skills allow him to intercept dangerous through balls with ease. Not only is he adept at making crucial interceptions in the final third but has also shown the commitment to throw his body on the line to block shots on goal. His long legs often come to his rescue when he is outfoxed by fast and agile attackers.

Read More:- Enough is enough – Man United must offload this £391,000-a-week flop in the January window

The Slovakian also has a good record when it comes to winning aerial duels and can pose a threat to the opposition in both areas of the pitch. In fact, that quality does make him comparable to his Slovakian counterpart Martin Skrtel, who had a successful stint in the Premier League with Liverpool.

That said, United should not hesitate to splash the cash in January to land the 23-year-old, as Skriniar has all the qualities required to excel at Old Trafford.