Predicted Burnley line-up to face Bournemouth: Who should start?

Burnley had a stellar season last time around under Sean Dyche as the Clarets finished 7th in the Premier League and made it to the qualifying rounds of the Europa League after a span of 51 long years. Although they didn’t make it to the group stages after losing out to Olympiacos in the final qualifying round, the team deserves credit for a fantastic 2017/18 season.

However, things have changed and Burnley haven’t been able to replicate their impressive performances from the last season. In fact, Dyche’s men have made a calamitous start to their Premier League campaign and currently sit at the bottom of the table.

With four losses and a draw, Burnley have managed only one point so far and Sean Dyche must motivate his team when they take on an in-form Bournemouth side that crushed Leicester City 4-2 last weekend.

Steven Defour is yet to regain full fitness and Ben Gibson continues to recover from his groin injury. 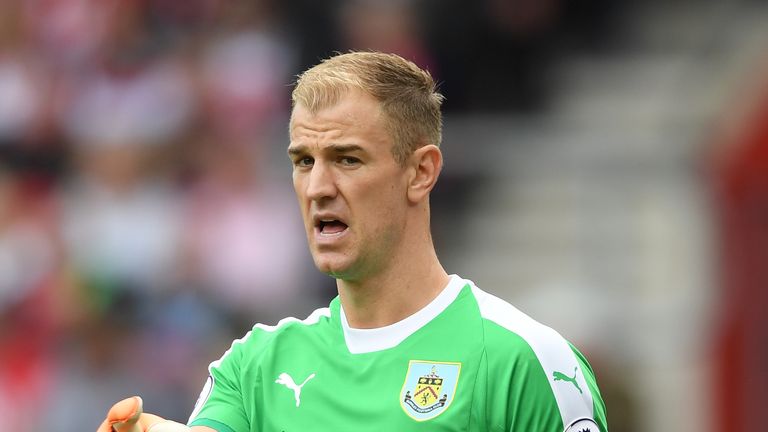 The English international was impressive against Wolves and made some crucial reflex saves from close range. He should retain his position between the sticks.

The former Manchester United man struggled against the pace of the Wolves’ attackers but Dyche should give him more starts.

The centre-back had a tough day against Wolves and has not looked solid in the ongoing season. However, with Gibson out injured, Dyche does not have too many choices.

The English international has been Burnley’s standout performer at the back so far and made three clearances off the line against Wolves. He should start against Bournemouth.

He has been far from solid this season and left plenty of spaces for the attackers to exploit in the last game. However, it is too early for the manager to bench him.

The Iceland international put up a lacklustre showing against Wolves, where he struggled to cope with the tempo and faded away in the second half. However, he is one of the best in the team’s ranks and should start the next game.

Granted, he hasn’t been particularly good so far but he should replace Jeff Hendrick, who had a poor outing in the last game.

He had an average game last time around and struggled to pass the ball as the opposition closed him down. Dyche doesn’t have too many alternatives, however, and should continue with him.

The former English international has shown sudden bursts of pace and energy but has been quite disappointing with the end result. Dyche should push him to do better in the next game.

He won a lot of headers against Wolves but couldn’t keep them on target. But he contributed to the defence in his own half and had a decent game overall. Should start the next game against Bournemouth.

Read More:- Food for thought – Failure to handles these two aspects has been the reason behind Burnley’s undoing this season

The Czech international scored 21 goals for Derby County in the Championship last season and deserves regular minutes ahead of Ashley Barnes, who hasn’t had much to offer in the final third.